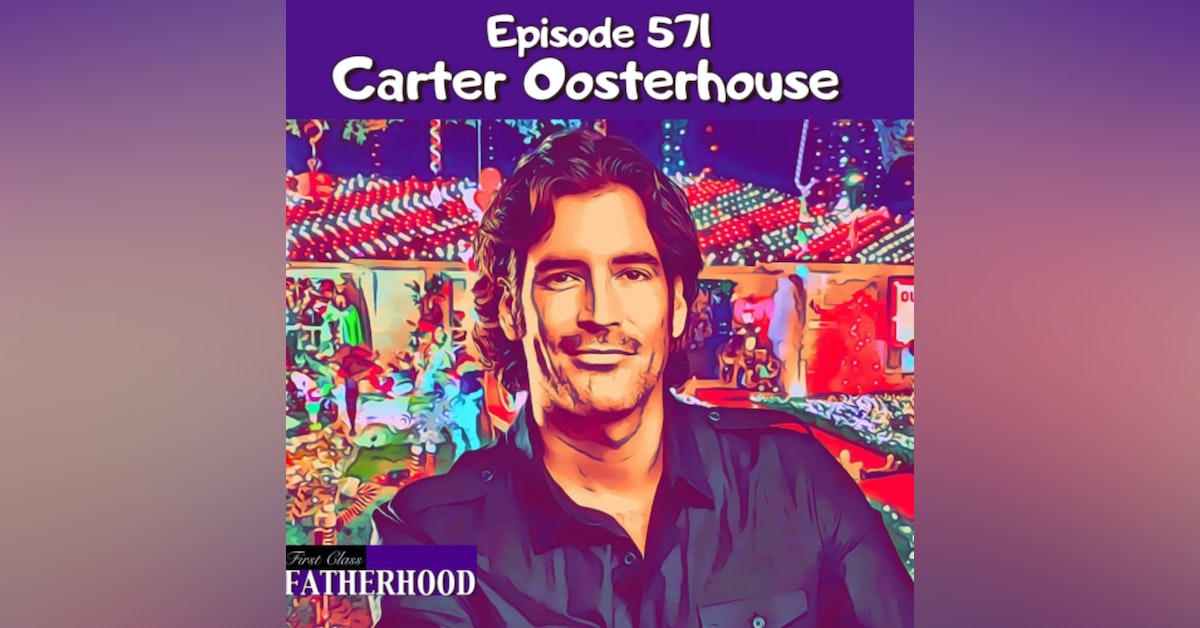 Episode 571 Carter Oosterhouse is a First Class Father and Television Personality. He first gained national fame as a carpenter on the TLC series Trading Spaces. He was host of several HGTV network shows including Carter Can, Red Hot & Green, and Million Dollar Rooms. Carter co-hosts ABC’s hit primetime series, The Great Christmas Light Fight. He’s also a model who has been named one of People magazine's "Sexiest man on TV" in its "Sexiest Man Alive" issue. He was also named one of the sexiest men on television by TV Guide Channel, Inside TV magazine, and CosmoGirl. In this Episode, Carter shares his Fatherhood journey which includes a four year old daughter. He discusses the surrogacy process that he and his wife used to have their child. He describes the values he hopes to instill in his daughter growing up. He talks about his family’s Christmas traditions. He tells us what it’s like to see the amazing Christmas decorations he judges on The Great Christmas Light Fight. He offers some great advice for new or about to be Dads and more! Carter Oosterhouse - https://www.carteroosterhouse.com Subscribe to First Class Fatherhood and watch on YouTube - https://www.youtube.com/channel/UCCD6cjYptutjJWYlM0Kk6cQ?sub_confirmation=1 SPONSORS: SeatGeek - https://seatgeek.com Promo Code: FirstClass Save: $20 off tickets MY PILLOW - https://www.mypillow.com Promo Code: Fatherhood Save Up To 66% Off 1-800-875-0219 More Ways To Listen - https://linktr.ee/alec_lace Follow me on instagram - https://instagram.com/alec_lace?igshid=ebfecg0yvbap For information about becoming a Sponsor of First Class Fatherhood please hit me with an email: FirstClassFatherhood@gmail.com --- Support this podcast: https://anchor.fm/alec-lace/support