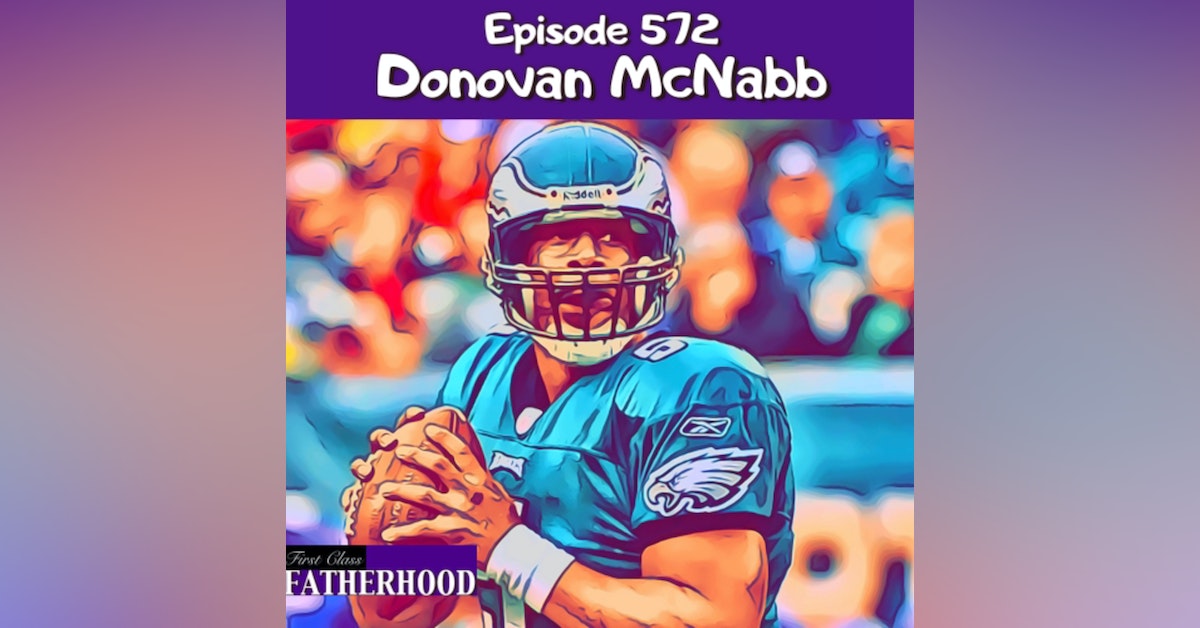 Episode 572 Donovan McNabb is a First Class Father and NFL Legend. He played his college ball at Syracuse University where they retired his #5 jersey after dominating the Big East and being named Big East Offensive Player of the Year three times. He was drafted in the first round with the second pick of the 1999 NFL Draft by the Philadelphia Eagles who would eventually retire his #5 jersey as well. During his time with the Eagles he led the team to eight playoff appearances, five NFC East division championships, five NFC Championship games and Super Bowl XXXIX. He became the Eagles' all-time leader in pass attempts, pass completions, passing yards, and passing touchdowns. In this Episode, Donovan shares his fatherhood journey which includes four children. He discusses his discipline style as a dad. He describes his view on young kids playing tackle football. He talks about his QBL Minicamps. He offers some great advice for new or about to be Dads and more! QBL Minicamps - www.theQBLegacy.org Hope Wear Clothing - https://www.hopewearclothing.com/ SPONSORS: SeatGeek - https://seatgeek.com Promo Code: FirstClass Save: $20 off tickets MY PILLOW - https://www.mypillow.com Promo Code: Fatherhood Save Up To 66% Off 1-800-875-0219 More Ways To Listen - https://linktr.ee/alec_lace Follow me on instagram - https://instagram.com/alec_lace?igshid=ebfecg0yvbap For information about becoming a Sponsor of First Class Fatherhood please hit me with an email: FirstClassFatherhood@gmail.com --- Support this podcast: https://anchor.fm/alec-lace/support