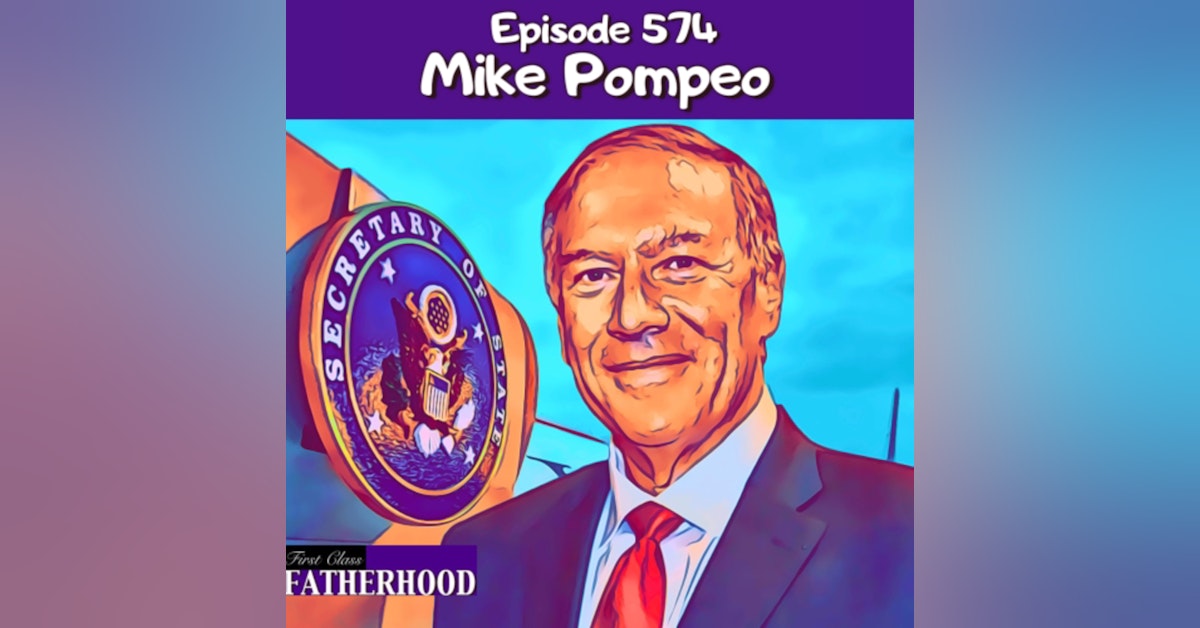 Episode 574 Mike Pompeo is a First Class Father and Former Secretary of State. He has served as the 70th Secretary of State of the United States, the Director of the Central Intelligence Agency and was elected to four terms in Congress representing the Fourth District of Kansas. Mike graduated first in his class from the United States Military Academy at West Point in 1986. He served as a cavalry officer in the U.S. Army, leading troops patrolling the Iron Curtain, rising to the rank of Captain. As our nation’s most senior diplomat in the Trump Administration and President Trump’s chief negotiator, Mike helped to craft U.S. foreign policy based on our nation’s founding ideals that put America First. In his second interview on First Class Fatherhood, Pompeo gives us an update on his son Nick who is now engaged to be married this summer. He discusses some of the issues making it a scary time for parents in the United States right now. He describes the importance of school choice. I ask him if he will be running for President in 2024. He offers some great advice for Dads and more! Subscribe to First Class Fatherhood and watch on YouTube - https://www.youtube.com/channel/UCCD6cjYptutjJWYlM0Kk6cQ?sub_confirmation=1 SPONSORS: SeatGeek - https://seatgeek.com Promo Code: FirstClass Save: $20 off tickets MY PILLOW - https://www.mypillow.com Promo Code: Fatherhood Save Up To 66% Off 1-800-875-0219 More Ways To Listen - https://linktr.ee/alec_lace Follow me on instagram - https://instagram.com/alec_lace?igshid=ebfecg0yvbap For information about becoming a Sponsor of First Class Fatherhood please hit me with an email: FirstClassFatherhood@gmail.com --- Support this podcast: https://anchor.fm/alec-lace/support