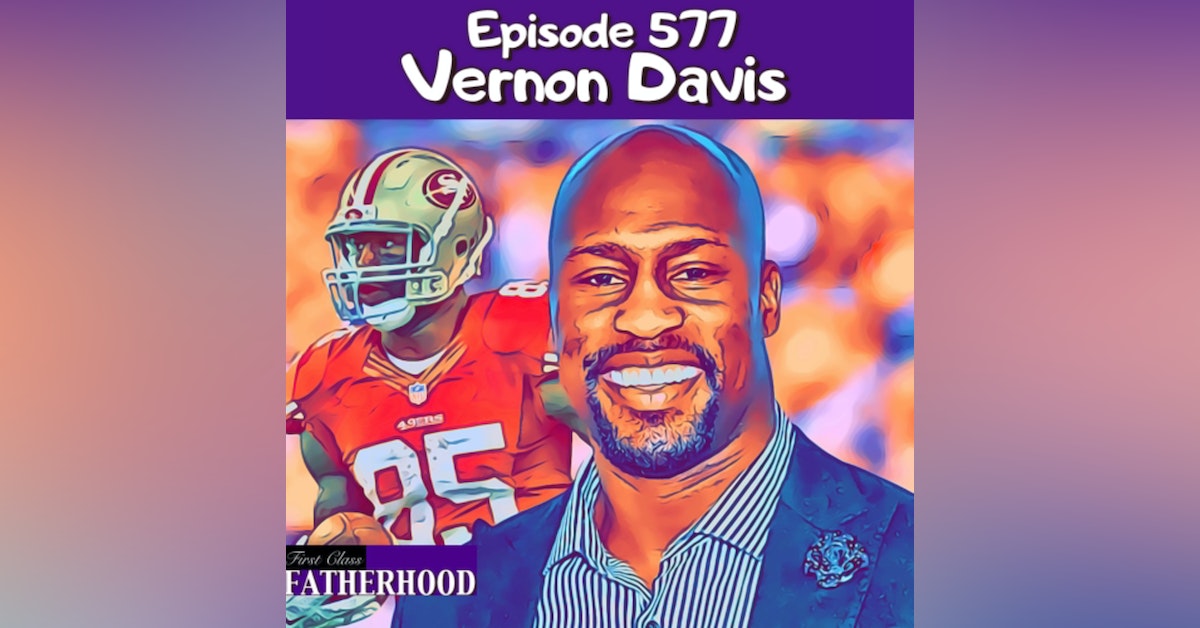 Episode 577 Vernon Davis is a First Class Father, NFL Super Bowl Champion and Actor. Vernon played college football at Maryland and was selected by the San Francisco 49ers with the 6th overall pick of the 2006 NFL Draft. He went on to play 13 seasons as a Tight End in the NFL, was a 2x Pro Bowls, led the NFL in receiving Touchdowns in 2009 and won Super Bowl 50 with the Denver Broncos. He finished his playing career with the Washington Redskins. Vernon is now a Hollywood actor with major upcoming roles starring alongside Morgan Freeman, Bruce Willis and John Malkovich. In this Episode, Vernon shares his Fatherhood journey which includes three children. He discusses the challenges of becoming a dad while playing football at an elite level in the NFL. He discusses his experience on Dancing with the Stars. He talks about his transition into acting. He weighs in on young kids playing tackle football. He offers some great advice for new or about to be Dads and more! Watch First Class Fatherhood on YouTube - https://www.youtube.com/channel/UCCD6cjYptutjJWYlM0Kk6cQ?sub_confirmation=1 SPONSORS: SeatGeek - https://seatgeek.com Promo Code: FirstClass Save: $20 off tickets MY PILLOW - https://www.mypillow.com Promo Code: Fatherhood Save Up To 66% Off 1-800-875-0219 More Ways To Listen - https://linktr.ee/alec_lace Follow me on instagram - https://instagram.com/alec_lace?igshid=ebfecg0yvbap For information about becoming a Sponsor of First Class Fatherhood please hit me with an email: FirstClassFatherhood@gmail.com --- Support this podcast: https://anchor.fm/alec-lace/support