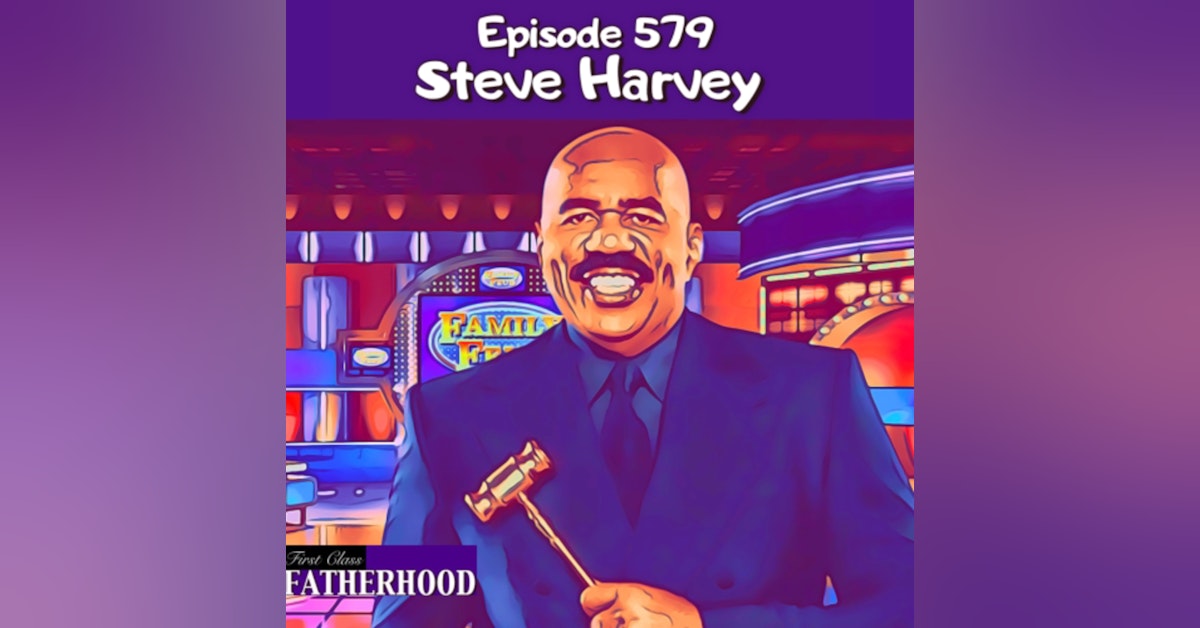 Episode 579 Steve Harvey is a First Class Father, Legendary Comedian and Entertainer. Steve Harvey is one of the busiest men in Hollywood who began his career doing stand-up comedy in the mid-1980s. He was a part of one of the most successful comedy specials in history — The Original Kings of Comedy. His successful comedy career led him to an eight year stint as host Showtime at the Apollo. His hosting career on TV includes The Steve Harvey Show, Family Feud, Celebrity Family Feud, Steve, Little Big Shots, Little Big Shots: Forever Young, Steve Harvey’s Funderdome, Miss Universe, New Year’s Eve with Steve Harvey, NFL Honors and numerous others. He is now Judge Steve Harvey on the new courtroom comedy series for ABC. He has inspired millions of people and is one of the most recognizable and sought-after celebrities in the world. In this Episode, Steve Harvey shares his Fatherhood journey which includes seven kids. He discusses the Fatherless Crisis in America. He describes his feelings about the cancel-culture. He talks about the dating advice he’s given to his kids. He tells us who he thinks could play Steve Harvey in a movie about his life. He describes what he wants his legacy to be as a Father. He offers some great advice for new or about to be Dads and more! Pre-Order First Class Fatherhood: Advice and Wisdom from High-Profile Dads - https://www.amazon.com/First-Class-Fatherhood-Advice-High-Profile/dp/0785241035 Watch First Class Fatherhood on YouTube - https://www.youtube.com/channel/UCCD6cjYptutjJWYlM0Kk6cQ?sub_confirmation=1 More Ways To Listen - https://linktr.ee/alec_lace Follow me on instagram - https://instagram.com/alec_lace?igshid=ebfecg0yvbap For information about becoming a Sponsor of First Class Fatherhood please hit me with an email: FirstClassFatherhood@gmail.com --- Support this podcast: https://anchor.fm/alec-lace/support