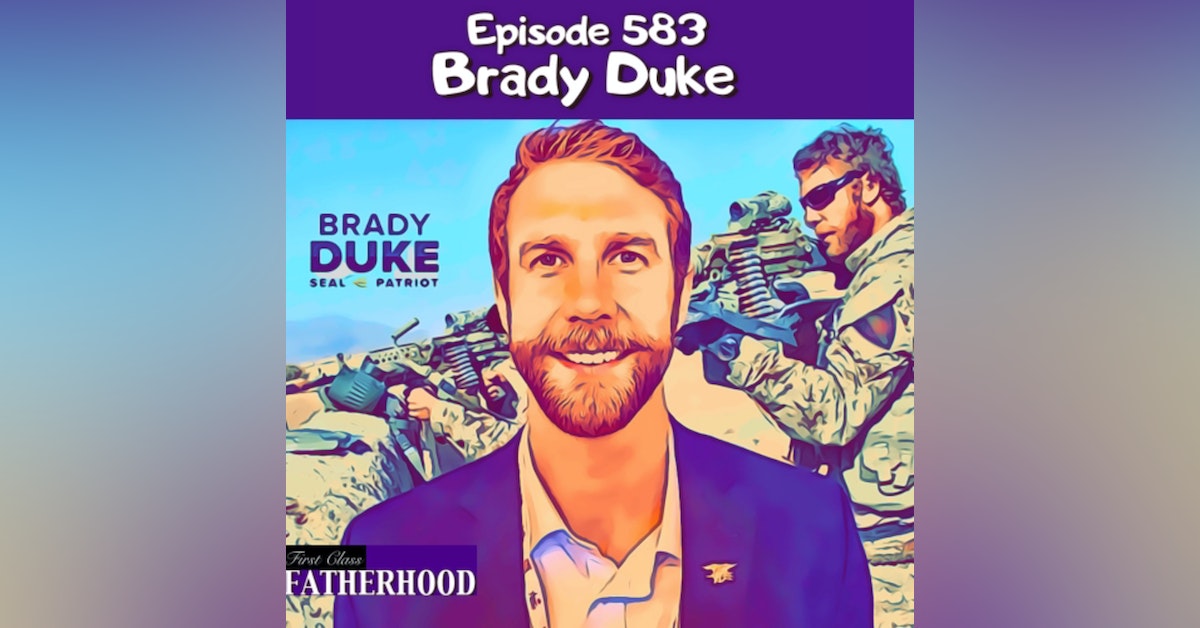 Episode 583 Brady Duke is a First Class Father, former Navy SEAL and Congressional candidate. Brady served with the elite Navy SEAL Teams where operated as a sniper and breacher. Brady deployed to Afghanistan and earned multiple awards including two Navy Commendation medals, one with valor. After his deployments, he remained stateside on active duty and trained thousands of other SEALs before deployment for the same mission. Upon honorably separating from the Navy to focus on being a husband and father, he continued as a civilian instructor training SEALs in Close Quarters Combat. Brady transitioned from the Navy, going to school for Christian Ministries, and training SWAT teams around the country. He is currently running for Congress in Florida. I sat down with him at CPAC 2022 in Orlando and in this Episode, Brady shares his Fatherhood journey which includes five kids. He describes the balance of being a lethal Navy SEAL and as a man of faith. He discusses why he decided to transition out of the Navy to focus on being a dad. He talks about his campaign for Congress and why he decided to run. He offers some great advice for new or about to be Dads and more! BRADY DUKE - https://bradyduke.com Pre-Order First Class Fatherhood: Advice and Wisdom from High-Profile Dads - https://www.amazon.com/First-Class-Fatherhood-Advice-High-Profile/dp/0785241035 Watch First Class Fatherhood on YouTube - https://www.youtube.com/channel/UCCD6cjYptutjJWYlM0Kk6cQ?sub_confirmation=1 More Ways To Listen - https://linktr.ee/alec_lace Follow me on instagram - https://instagram.com/alec_lace?igshid=ebfecg0yvbap For information about becoming a Sponsor of First Class Fatherhood please hit me with an email: FirstClassFatherhood@gmail.com --- Support this podcast: https://anchor.fm/alec-lace/support