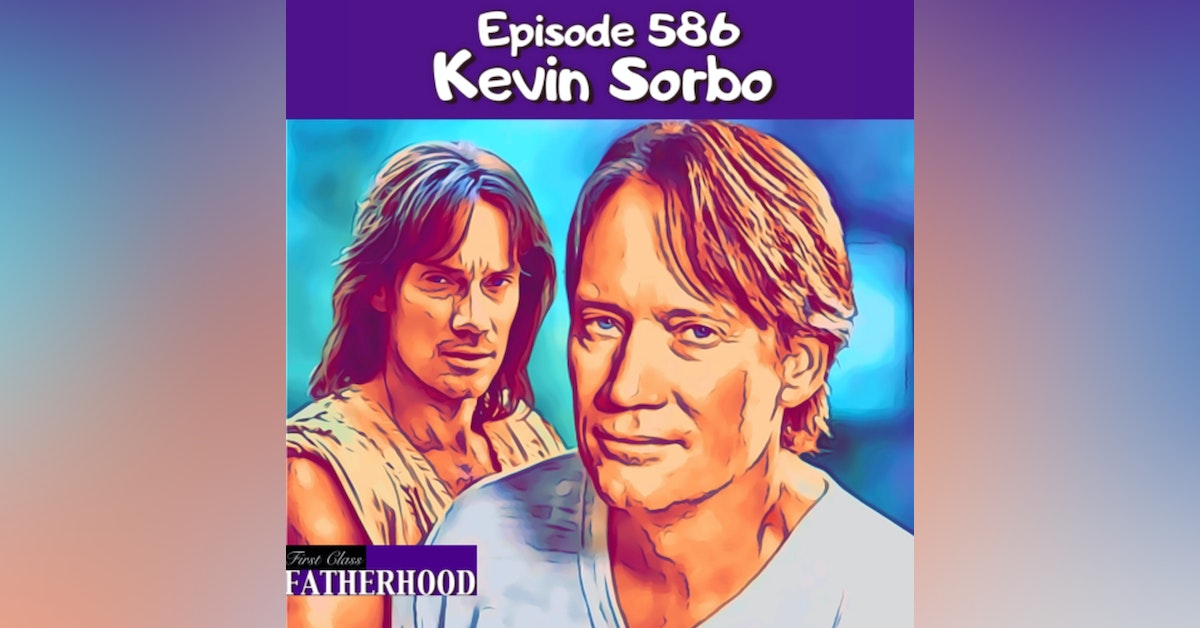 Episode 586 Kevin Sorbo is a First Class Father and Actor. In 1993, Kevin emerged as a full fledged international TV star when he was cast as the lead role of Hercules in a series of TV films that would lay the groundwork for the immensely popular series, Hercules: The Legendary Journeys. Kevin also guest-starred as Hercules in episodes of the successful spin-off series Xena: Warrior Princess as well as providing his voice to the animated Hercules films. Kevin is also known for acting in the Christian drama films God's Not Dead and Let There Be Light. I had the honor of sitting down with Kevin Sorbo at CPAC in Orlando Florida. In this Interview, Kevin shares his Fatherhood journey which includes three children. He discusses the Fatherless Crisis and the need for more dads in the home. He describes the way dads are portrayed in sitcoms and other Hollywood shows. He talks about some of his many upcoming projects. He offers some great advice for new or about to be Dads and more! Pre-Order First Class Fatherhood: Advice and Wisdom from High-Profile Dads - https://www.amazon.com/First-Class-Fatherhood-Advice-High-Profile/dp/0785241035 Watch First Class Fatherhood on YouTube - https://www.youtube.com/channel/UCCD6cjYptutjJWYlM0Kk6cQ?sub_confirmation=1 More Ways To Listen - https://linktr.ee/alec_lace Follow me on instagram - https://instagram.com/alec_lace?igshid=ebfecg0yvbap For information about becoming a Sponsor of First Class Fatherhood please hit me with an email: FirstClassFatherhood@gmail.com --- Support this podcast: https://anchor.fm/alec-lace/support