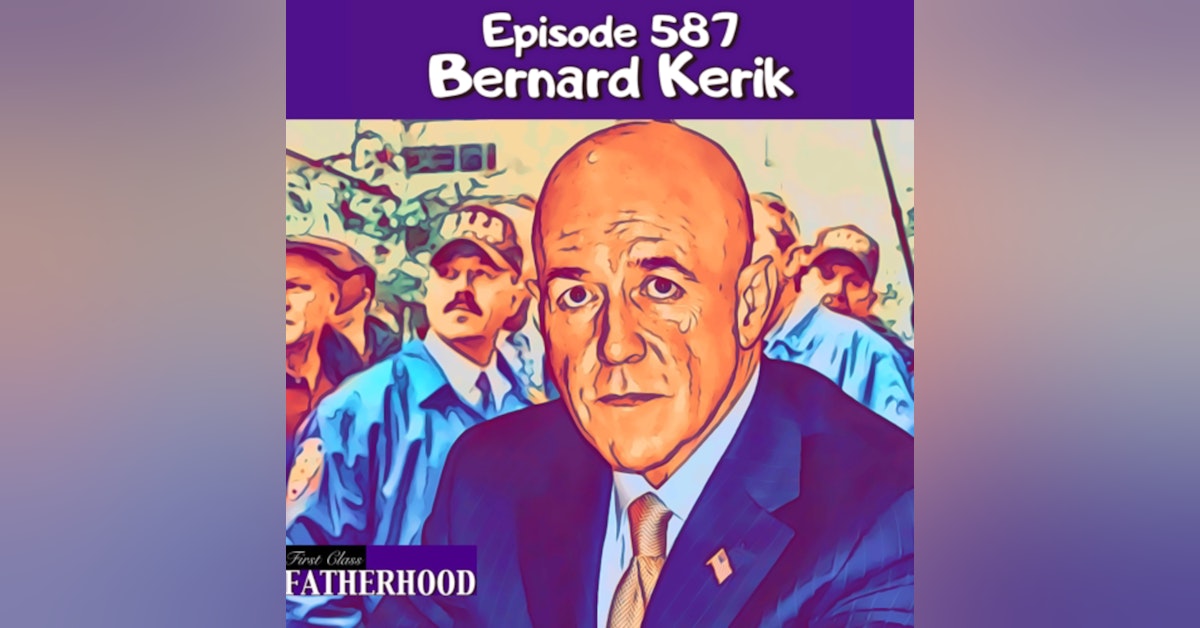 Episode 587 Bernard Kerik is a First Class Father and former NYPD Commissioner. He was appointed by Mayor Rudy Giuliani as the 40th Commissioner of the New York City Police Department in 2000. Prior to that he was Commissioner of the New York City Department of Correction. He was responsible for overseeing the New York City jail system, including Rikers Island, one of the largest and most violent jail systems in the country. He has received the New York City Police Department’s Medal for Valor, plus 29 other medals for excellent and meritorious service. In this Episode, Bernard shares his Fatherhood journey which includes four children. He discusses the Fatherless Crisis and how it correlates to what he saw in the prison system. He describes his idea of Prison Reform and what the courts should consider when sentencing a nonviolent criminal. He talks about his son following in his footsteps as a police officer and now a member of SWAT in Newark New Jersey. He offers some great advice for new or about to be Dads and more! Pre-Order First Class Fatherhood: Advice and Wisdom from High-Profile Dads - https://www.amazon.com/First-Class-Fatherhood-Advice-High-Profile/dp/0785241035 Watch First Class Fatherhood on YouTube - https://www.youtube.com/channel/UCCD6cjYptutjJWYlM0Kk6cQ?sub_confirmation=1 More Ways To Listen - https://linktr.ee/alec_lace Follow me on instagram - https://instagram.com/alec_lace?igshid=ebfecg0yvbap For information about becoming a Sponsor of First Class Fatherhood please hit me with an email: FirstClassFatherhood@gmail.com --- Support this podcast: https://anchor.fm/alec-lace/support