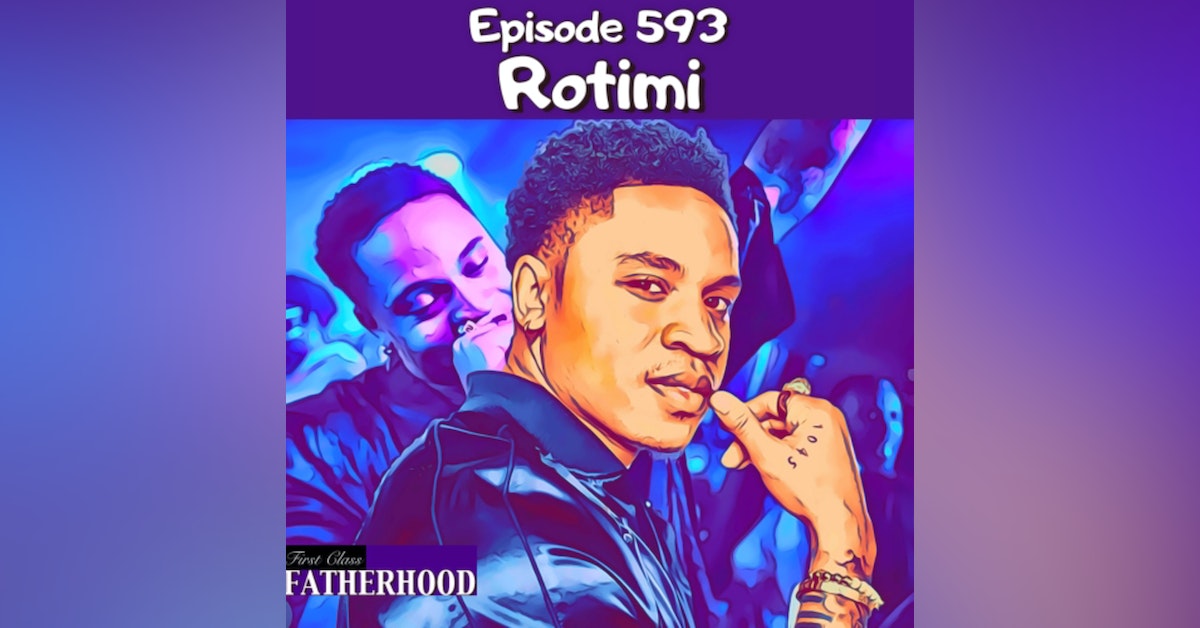 Episode 593 Rotimi is a First Class Father, Singer, Songwriter and Actor. He is well known for his role as Darius Morrison on the Starz series BOSS, and as Andre Coleman on POWER. He has also starred in major films such as COMING 2 AMERICA. Rotimi is a contemporary R&B artist who signed with 50 Cent’s label G-Unit Records in 2015. He is launching a worldwide tour this month featuring songs from his new album All or Nothing. Rotimi is also an entrepreneur and graduate of Northwestern University. In this Episode, Rotimi shares his Fatherhood journey which includes a six month old son. He discusses how becoming a dad has changed his perspective on life. He describes what it has been like to watch his fiancé Vanessa Mdee become a mom and embrace motherhood. He talks about his upcoming tour and how he plans to balance work with family life. He offers some great advice for new or about to be Dads and more! Pre-Order First Class Fatherhood: Advice and Wisdom from High-Profile Dads - https://www.amazon.com/First-Class-Fatherhood-Advice-High-Profile/dp/0785241035 Watch First Class Fatherhood on YouTube - https://www.youtube.com/channel/UCCD6cjYptutjJWYlM0Kk6cQ?sub_confirmation=1 More Ways To Listen - https://linktr.ee/alec_lace Follow me on instagram - https://instagram.com/alec_lace?igshid=ebfecg0yvbap For information about becoming a Sponsor of First Class Fatherhood please hit me with an email: FirstClassFatherhood@gmail.com --- Support this podcast: https://anchor.fm/alec-lace/support