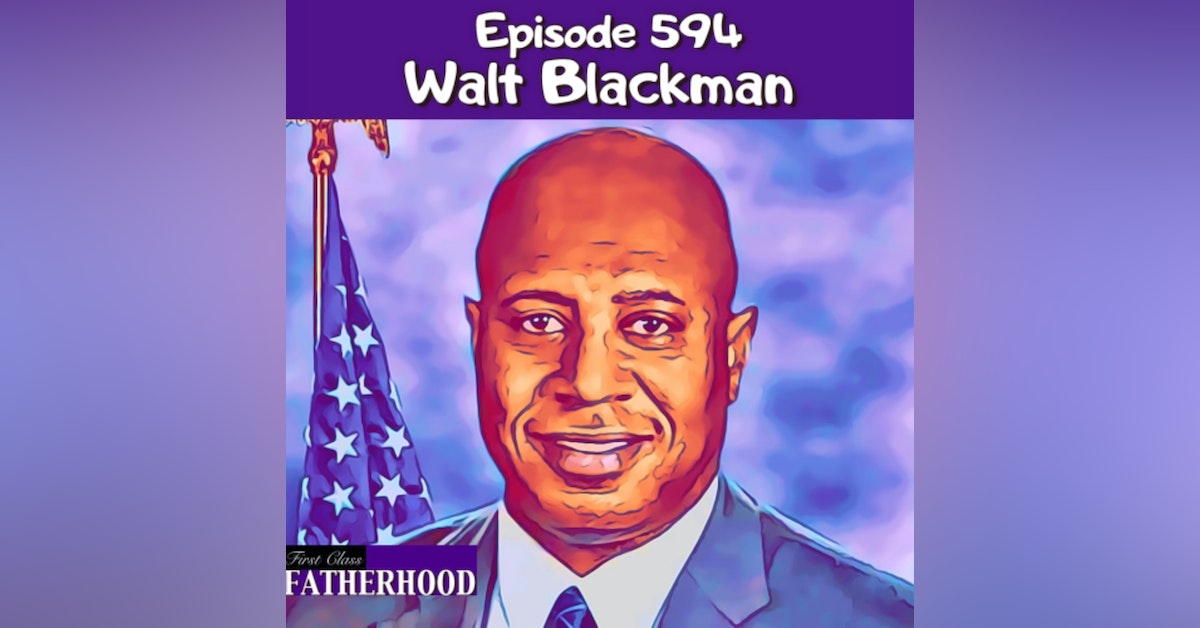 Episode 594 Walt Blackman is a First Class Father, Combat Veteran and Arizona State Representative. He served in the United States Army for nearly 22 years as a Front Line Tank Commander and Sexual Harassment and Assault Prevention Senior Program Manager Specialist. He earned a Bronze Star for combat action in Iraq as well as a Meritorious Service Medal. He served seven tours of duty in some of the most dangerous battlefields on Earth, including Kosovo, Afghanistan, and Iraq, where he fought in the Second Battle of Fallujah, the bloodiest battle in the Iraq War. His desire to serve his country continued after his military service and he ran for the Arizona State Legislature. Walt won a contentious primary election in 2018 and went on to win the general election. He repeated this victory in 2020. He is currently running for Congress in Arizona. In this Episode, Walt shares his Fatherhood journey which includes five children. He discusses the Fatherless Crisis particularly in the black community. He describes his experience as the first black Republican representative in Arizona and the attacks he has faced while running for Congress. He talks about his family’s decision to adopt their daughter and what that process was like. He offers some great advice for new or about to be Dads and more! Walt Blackman for Congress - https://blackmanforcongress.com Pre-Order First Class Fatherhood: Advice and Wisdom from High-Profile Dads - https://www.amazon.com/First-Class-Fatherhood-Advice-High-Profile/dp/0785241035 Watch First Class Fatherhood on YouTube - https://www.youtube.com/channel/UCCD6cjYptutjJWYlM0Kk6cQ?sub_confirmation=1 More Ways To Listen - https://linktr.ee/alec_lace Follow me on instagram - https://instagram.com/alec_lace?igshid=ebfecg0yvbap For information about becoming a Sponsor of First Class Fatherhood please hit me with an email: FirstClassFatherhood@gmail.com --- Support this podcast: https://anchor.fm/alec-lace/support