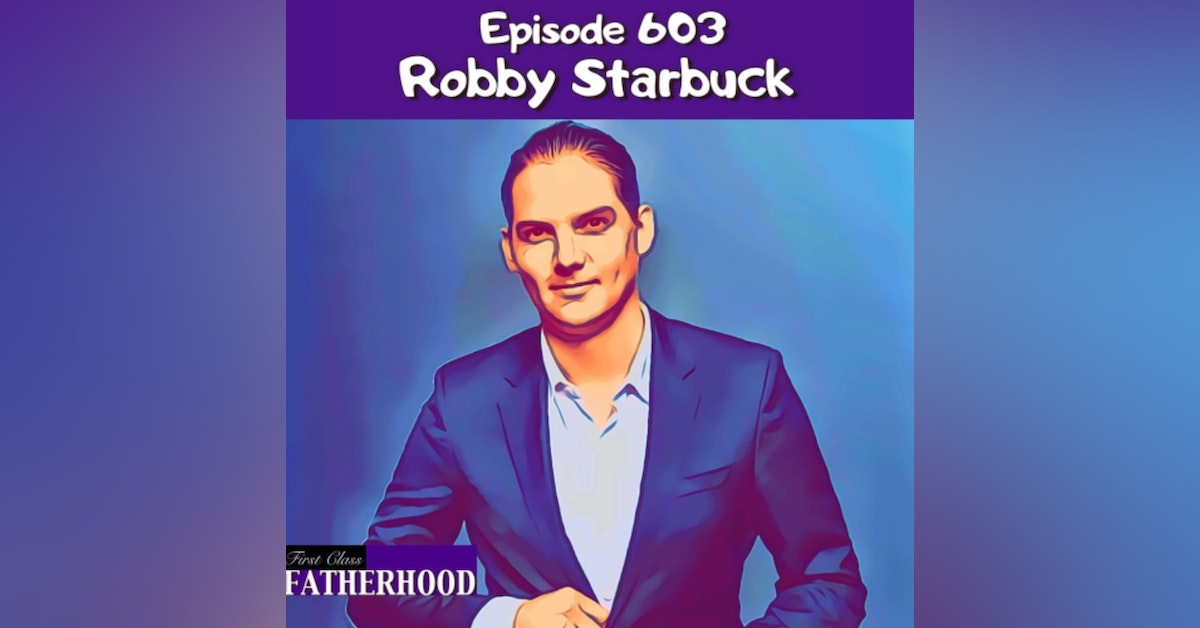 Episode 603 Robby Starbuck is a First Class Father, Filmmaker, Author and Congressional Candidate. Robby is running in 2022 to represent Tennessee’s 5th District #TN5 in Congress. He was first known as a filmmaker, directing Oscar winning actors and some of the biggest music stars in the world but his family’s experience of fleeing Marxism in Cuba has always been his fuel to achieve the American Dream. Once he saw that Marxism had come to threaten America with the rise of the socialist far left, he knew he had to stand up and run for office so that he could do his part to ensure America would always be a free country where the American Dream was possible. He is the author of a new Children’s book, “Puddin, Pirates and the Problem with Power”, which is the Book of the Month from Brave Books. In this Episode, Robby shares his Fatherhood journey which includes three children. He discusses why he decided to run for office and the impact it has had on his family. He describes the importance of the Nuclear Family Unit and why Dads are vital to the future success of America. He talks about his new book and how it will help parents and their children combat some of the indoctrination being taught in schools, media and entertainment. He offers some great advice for new or about to be Dads and more! Puddin, Pirates, and the Problem with Power - https://shop.bravebooks.us/collections/robby-starbuck-collection/products/sample-product Order First Class Fatherhood: Advice and Wisdom from High-Profile Dads - https://bit.ly/36XpXNp Watch First Class Fatherhood on YouTube - https://www.youtube.com/channel/UCCD6cjYptutjJWYlM0Kk6cQ?sub_confirmation=1 More Ways To Listen - https://linktr.ee/alec_lace Follow me on instagram - https://instagram.com/alec_lace?igshid=ebfecg0yvbap For information about becoming a Sponsor of First Class Fatherhood please hit me with an email: FirstClassFatherhood@gmail.com --- Support this podcast: https://anchor.fm/alec-lace/support