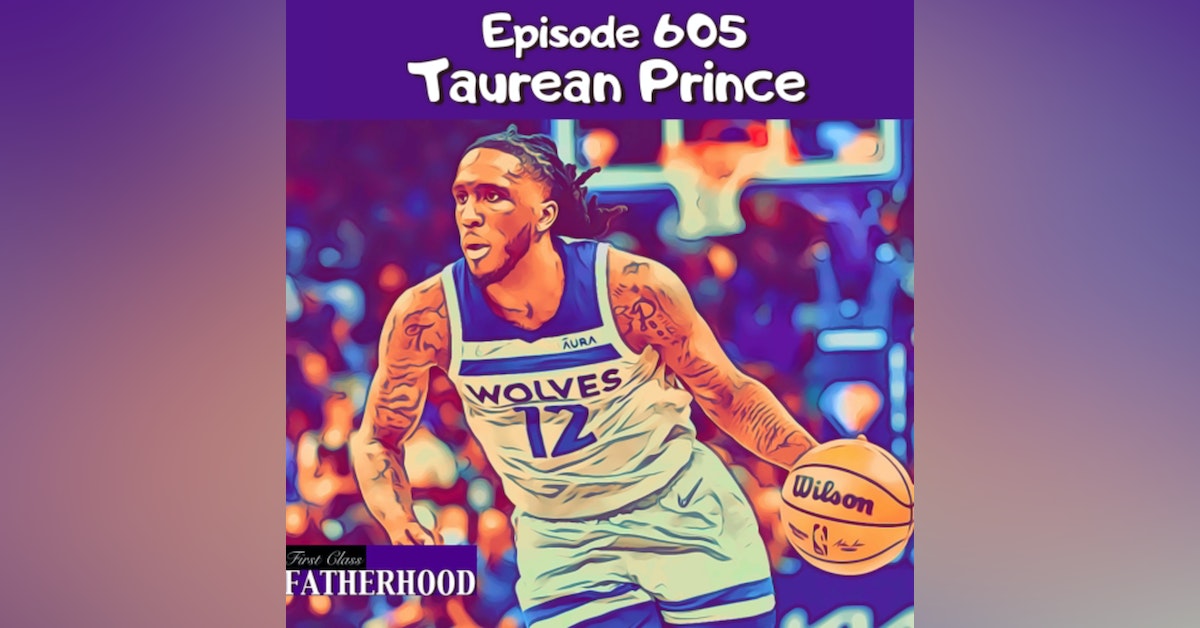 Episode 605 Taurean Prince is a First Class Father and NBA Star. He played his college basketball at Baylor and was selected with the 12th overall pick in the first round of the 2016 NBA Draft by the Utah Jazz. He was traded to the Atlanta Hawks where he played his first three seasons in the league. He became the first Hawks rookie to reach double-figures in his first four playoff games since Pete Maravich did it in five straight in 1971. Taurean has also played for the Brooklyn Nets, Cleveland Cavaliers and currently for the Minnesota Timberwolves. In this Episode, Taurean shares his Fatherhood journey which includes two children and one on the way. He describes how becoming a dad changed his perspective on life and what prepared him for the role of being a dad. He discusses some of the challenges of playing in the NBA while being a dad and how the NBA helps take care of the player’s families. He talks about the fatherless crisis and the need for more male role models in America. He gives advice for parents of kids looking to play basketball in college. He offers some great advice for new or about to be Dads and more! Order First Class Fatherhood: Advice and Wisdom from High-Profile Dads - https://bit.ly/36XpXNp Watch First Class Fatherhood on YouTube - https://www.youtube.com/channel/UCCD6cjYptutjJWYlM0Kk6cQ?sub_confirmation=1 Watch on Rumble - https://rumble.com/user/FirstClassFatherhood More Ways To Listen - https://linktr.ee/alec_lace Follow me on instagram - https://instagram.com/alec_lace?igshid=ebfecg0yvbap For information about becoming a Sponsor of First Class Fatherhood please hit me with an email: FirstClassFatherhood@gmail.com --- Support this podcast: https://anchor.fm/alec-lace/support