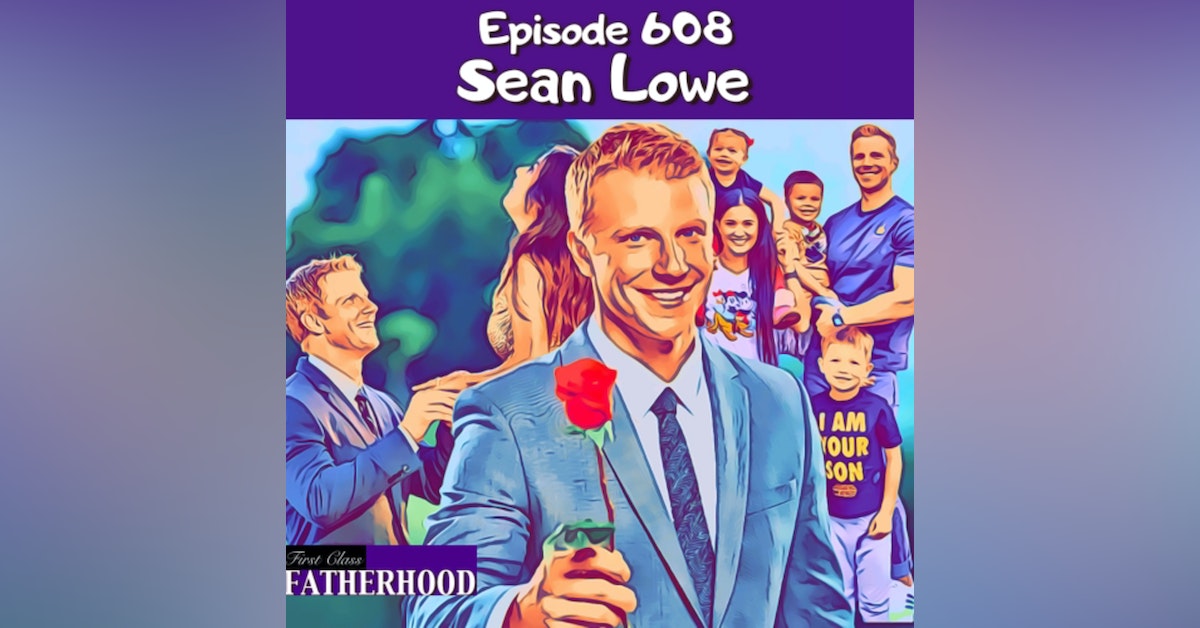 Episode 608 Sean Lowe is a First Class Father and Reality TV star of The Bachelor. Sean finished in third place on season 8 of The Bachelorette where he quickly became a fan favorite. He went on to become the Bachelor on the 17th season of ABC's The Bachelor. In the season finale, Sean proposed to contestant Catherine Giudici. Over a year after he proposed to Catherine, the two were married in a live television ceremony performed at the Four Seasons Resort Biltmore in Santa Barbara. He was a contestant on the ABC reality show Dancing with the Stars. Sean & Catherine participated in the 2nd episode of Celebrity Family Feud and won $25,000 for their charity, Free the Children. In this Episode, Sean shares his Fatherhood journey which includes three children. He discusses his faith and the importance it plays in his role as a husband and father. He describes the need for father figures and the epidemic of the fatherless crisis. He talks about his appearance on Dancing with the Stars and which version of The Bachelor he hopes his kids will eventually watch. He offers some great advice for new or about to be Dads and more! First Class Fatherhood: Advice and Wisdom from High-Profile Dads - https://bit.ly/36XpXNp Watch First Class Fatherhood on YouTube - https://www.youtube.com/channel/UCCD6cjYptutjJWYlM0Kk6cQ?sub_confirmation=1 Watch on Rumble - https://rumble.com/user/FirstClassFatherhood More Ways To Listen - https://linktr.ee/alec_lace Follow me on instagram - https://instagram.com/alec_lace?igshid=ebfecg0yvbap For information about becoming a Sponsor of First Class Fatherhood please hit me with an email: FirstClassFatherhood@gmail.com --- Support this podcast: https://anchor.fm/alec-lace/support