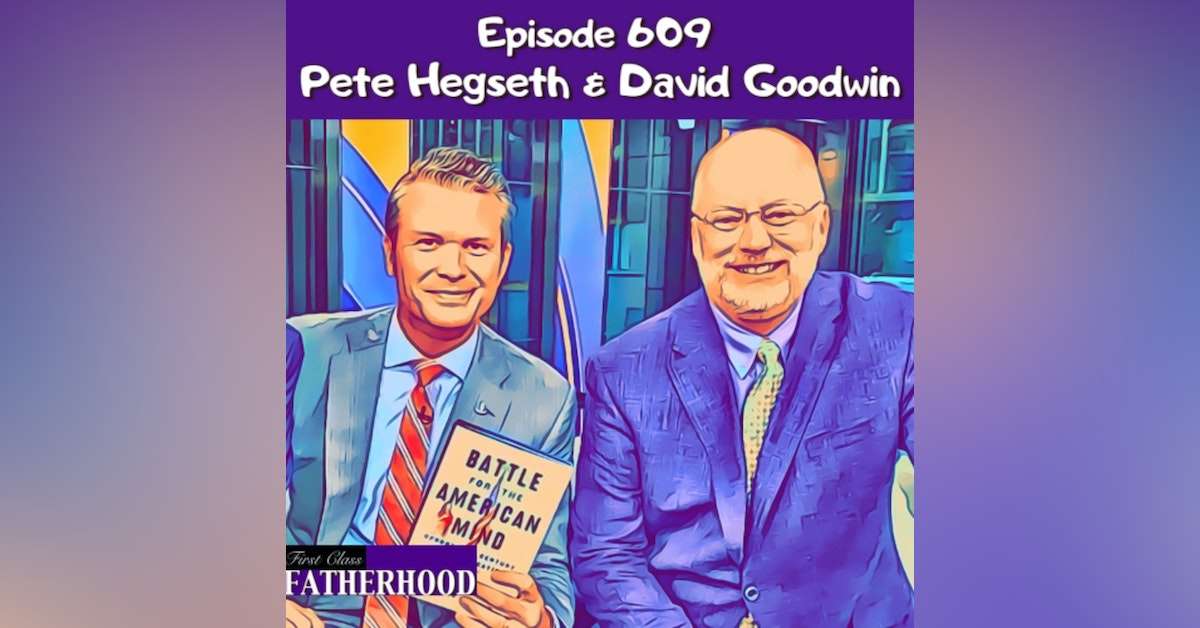 Episode 609 Pete Hegseth and David Goodwin are First Class Fathers and co-authors of the #1 Bestselling Book on Amazon, Battle for the American Mind: Uprooting a Century of Miseducation. Pete Hegseth, father of seven, is the co-host of Fox & Friends Weekend, America’s #1-rated cable morning television show. He is an army veteran of Afghanistan, Iraq, and Guantanamo Bay who holds two Bronze Stars and a Combat Infantryman’s Badge for his time overseas. Pete is a graduate of Princeton University and Harvard University’s John F. Kennedy School of Government. David Goodwin, father of three, is a founding board member and was headmaster of The Ambrose School in Boise, Idaho for 13 years. Over 100,000 copies of his work "Discover Classical Christian Education" are in print. He is the editor of The Classical Difference Magazine, and president of the Association of Classical Christian Schools. In this Episode, Pete and David discuss their new book, Battle for the American Mind. They describe how after 16,000 hours of K-12 indoctrination, our kids come out of government schools hating America. They roll their eyes at religion and disdain our history. We spend more money on education than ever, but kids can barely read and write—let alone reason with discernment. They offer solutions on how to remake schools in the United States. They give hope to parents who are concerned for the future of their children’s education. They offer some great advice for new and about to be Dads and more! Battle for the American Mind: Uprooting a Century of Miseducation https://a.co/d/dg6TfZ9 First Class Fatherhood: Advice and Wisdom from High-Profile Dads - https://bit.ly/36XpXNp Watch First Class Fatherhood on YouTube - https://www.youtube.com/channel/UCCD6cjYptutjJWYlM0Kk6cQ?sub_confirmation=1 Watch on Rumble - https://rumble.com/user/FirstClassFatherhood More Ways To Listen - https://linktr.ee/alec_lace Follow me on instagram - https://instagram.com/alec_lace?igshid=ebfecg0yvbap For information about becoming a Sponsor of First Class Fatherhood please hit me with an email: FirstClassFatherhood@gmail.com --- Support this podcast: https://anchor.fm/alec-lace/support