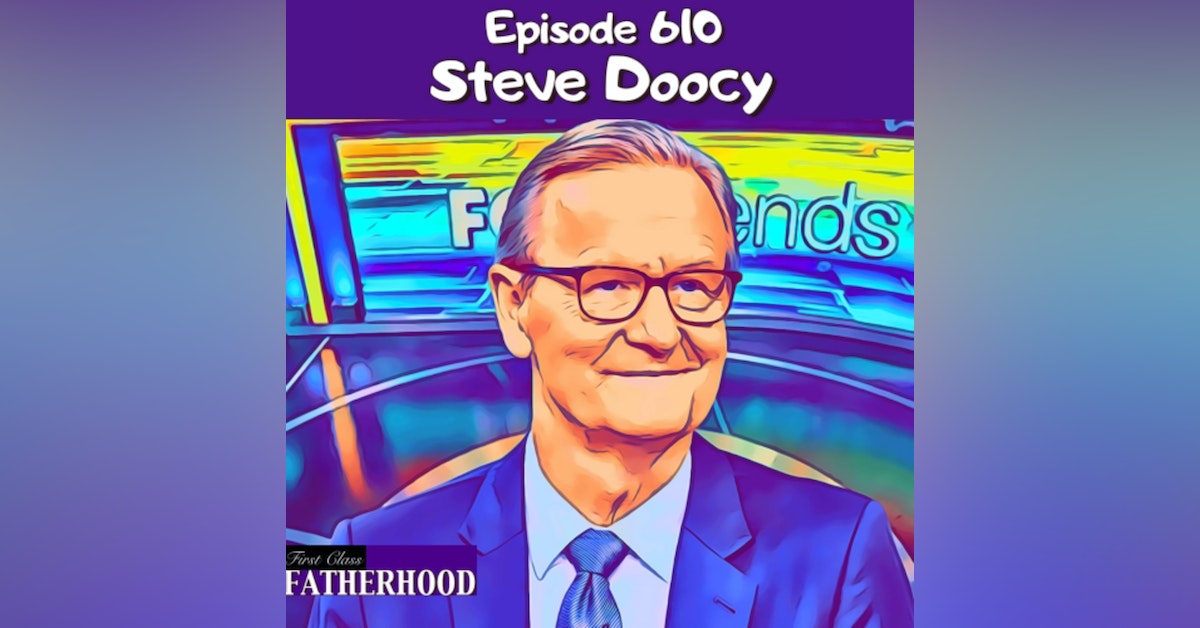 Episode 610 Steve Doocy is a First Class Father, New York Times Bestselling Author and co-host of FOX & Friends. Steve he’s been in the same time slot since FOX & Friends launched, making him the longest-running cable news morning host in history and the top rated for 19 straight years. FOX & Friends is the most-watched cable morning program. He also hosts his own show, Cooking with Steve Doocy on FOX Nation. Steve has written four books including, Tales from the Dad Side: Misadventures in Fatherhood; and two cookbooks with his wife, Kathy. Throughout his career he has received 11 local EMMY Awards for feature coverage and the Associated Press’ Feature Reporter of the Year Award. In this Episode, Steve shares his Fatherhood journey which includes three children. He describes what it’s like to watch his son, Peter Doocy, serve as FOX News Channel’s White House correspondent. He discusses some of the takeaways from his book, The Mr. & Mrs. Happy Handbook: Everything I Know About Love and Marriage (with corrections by Mrs. Doocy). He talks about the advice he gave his kids when they became old enough to start dating. He tells us his idea of a perfect Father’s Day. He offers some great advice for new or about to be Dads and more! First Class Fatherhood: Advice and Wisdom from High-Profile Dads - https://bit.ly/36XpXNp Watch First Class Fatherhood on YouTube - https://www.youtube.com/channel/UCCD6cjYptutjJWYlM0Kk6cQ?sub_confirmation=1 Watch on Rumble - https://rumble.com/user/FirstClassFatherhood More Ways To Listen - https://linktr.ee/alec_lace Follow me on instagram - https://instagram.com/alec_lace?igshid=ebfecg0yvbap For information about becoming a Sponsor of First Class Fatherhood please hit me with an email: FirstClassFatherhood@gmail.com --- Support this podcast: https://anchor.fm/alec-lace/support