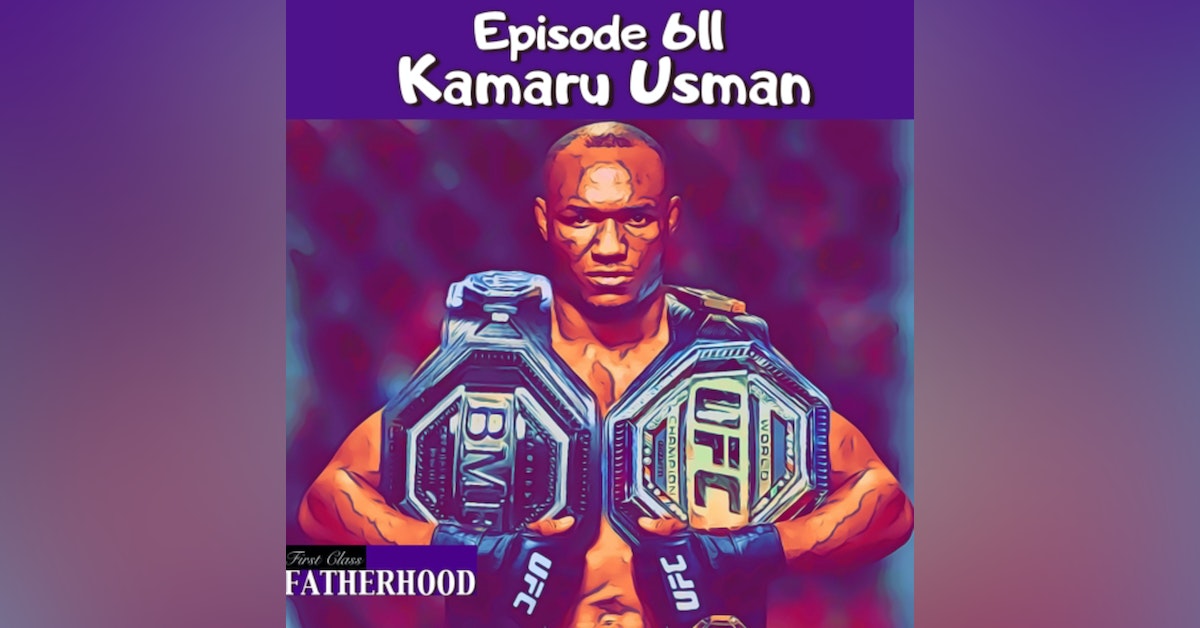 Episode 611 Kamaru Usman is a First Class Father and current UFC Welterweight champion of the world. He is also the #1 Ranked pound-for-pound fighter in the UFC. He defeated Tyron Woodley to win the UFC Welterweight title and has defended the title 5 times including two title defenses against both Coby Covington and Jorge Masvidal. Prior to his MMA career, Kamaru was an All-American wrestler at the University of Nebraska at Kearney where he was the 2010 NCAA Division II National champion. In this Episode, Kamaru shares his Fatherhood journey which includes a seven year old daughter. He discusses his relationship with his father and the moment he placed his UFC belt around him in the octagon. He describes how the system is rigged against Fathers in a lot of ways and how that contributes to the Fatherless Crisis. He talks about his nickname “The Nigerian Nightmare” and responds to a clip from my interview with Christian Okoye who famously shares the same moniker. He talks about the opponent for his next fight. He offers some great advice for new or about to be Dads and more. First Class Fatherhood: Advice and Wisdom from High-Profile Dads - https://bit.ly/36XpXNp Watch First Class Fatherhood on YouTube - https://www.youtube.com/channel/UCCD6cjYptutjJWYlM0Kk6cQ?sub_confirmation=1 Watch on Rumble - https://rumble.com/user/FirstClassFatherhood More Ways To Listen - https://linktr.ee/alec_lace Follow me on instagram - https://instagram.com/alec_lace?igshid=ebfecg0yvbap For information about becoming a Sponsor of First Class Fatherhood please hit me with an email: FirstClassFatherhood@gmail.com --- Support this podcast: https://anchor.fm/alec-lace/support