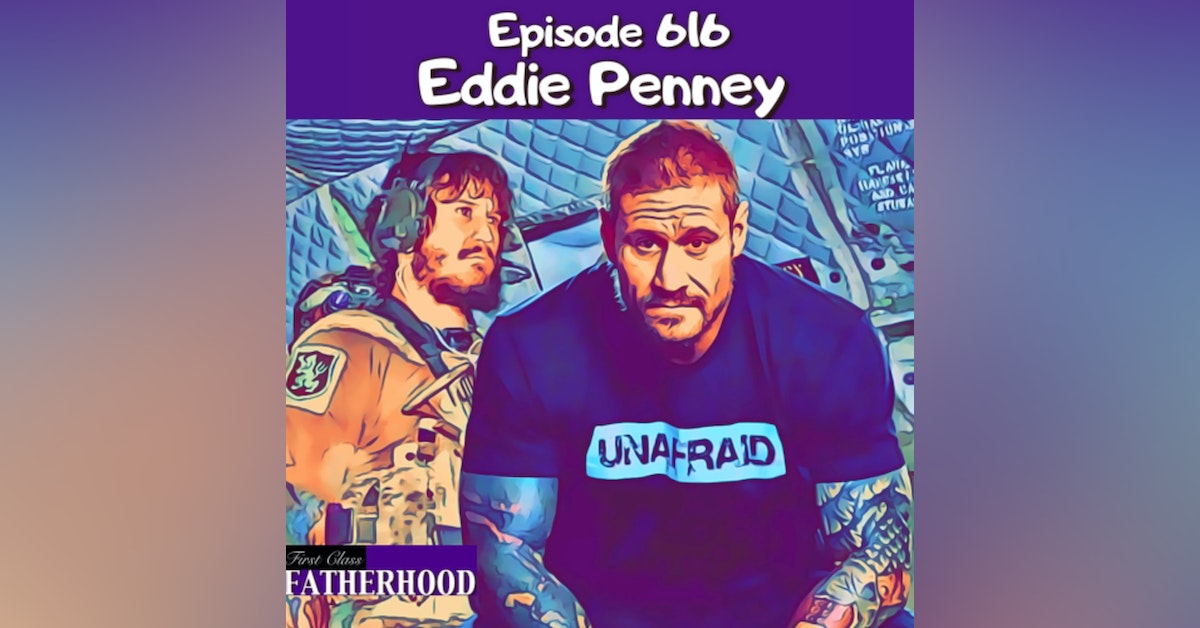 Episode 616 Eddie Penney is a First Class Father, US Marine and Navy SEAL combat veteran. He spent 20 years in the U.S. military, first as a Marine and later as a Navy SEAL assigned to the Naval Special Warfare Development Group (DEVGRU), better known as SEAL Team Six. After two combat deployments with SEAL Team Two, Eddie tried out and was selected for DEVGRU, the elite of the elite and the tip of the nation’s spear in the fight against terrorist threats worldwide. Terrified of missing the action, Eddie became a breacher, the first man to the door on a target and one of the most dangerous jobs imaginable. Eddie endured five more deployments to Iraq, Afghanistan and Africa in his role, relishing in taking the fight to the enemy as he engaged in countless examples of extreme close-range combat. Eddie details his incredible story as a warrior and a father in his new book, “Unafraid: Staring Down Terror as a Navy SEAL and Single Dad”. In this Episode, Eddie returns to First Class Fatherhood to share his Fatherhood journey which now includes five children through marriage. He discusses his new role as a Stepdad and how the Unafraid mindset can apply to parenting. He describes the types of conversations he and his wife share on the Unafraid Podcast. He talks about his new book, Unafraid: Staring Down Terror as a Navy SEAL and Single Dad. He describes what it was like to serve with Navy SEAL legend Adam Brown whose father Larry joined me on First Class Fatherhood. He offers some great advice for new or about to be Dads and more! Unafraid: Staring Down Terror as a Navy SEAL and Single Dad - https://a.co/d/5v4407I First Class Fatherhood: Advice and Wisdom from High-Profile Dads - https://bit.ly/36XpXNp Watch First Class Fatherhood on YouTube - https://www.youtube.com/channel/UCCD6cjYptutjJWYlM0Kk6cQ?sub_confirmation=1 Watch on Rumble - https://rumble.com/user/FirstClassFatherhood More Ways To Listen - https://linktr.ee/alec_lace Follow me on instagram - https://instagram.com/alec_lace?igshid=ebfecg0yvbap For information about becoming a Sponsor of First Class Fatherhood please hit me with an email: FirstClassFatherhood@gmail.com --- Support this podcast: https://anchor.fm/alec-lace/support