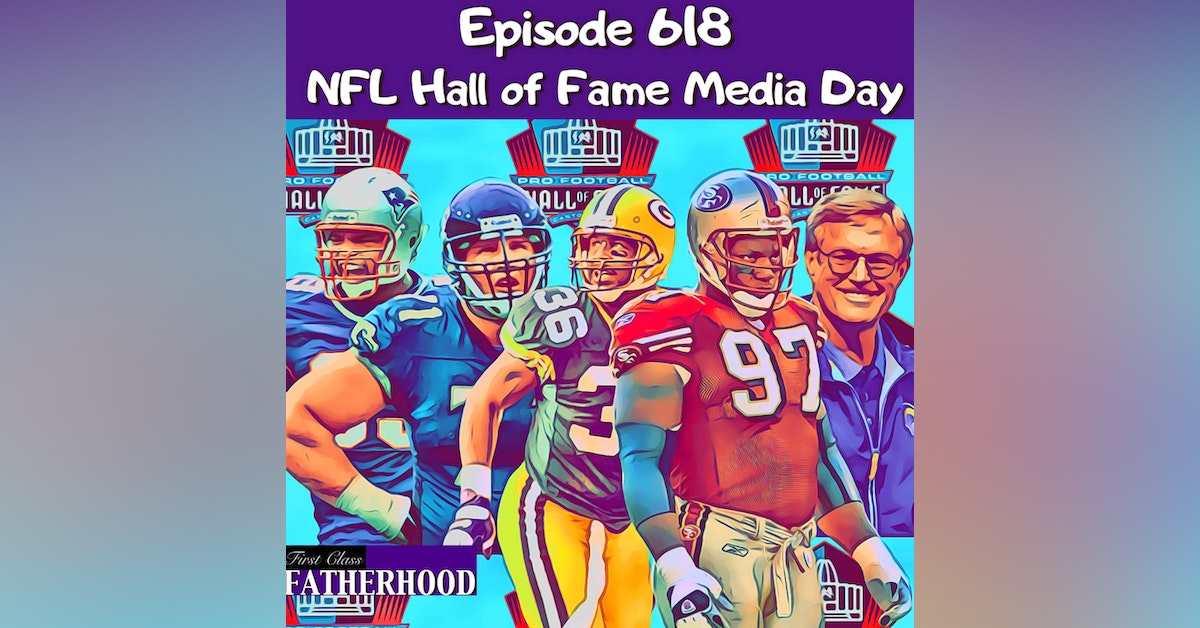 Episode 618- Pro Football Hall Of Fame Media Day Special.  I was invited by the NFL to bring First Class Fatherhood to the Hall of Fame Media Day sessions where I had the opportunity to speak with five dads who will be enshrined in The Pro Football Hall of Fame this weekend in Canton, Ohio.  I also added in two clips from last year’s Media Day as well so you can take a look!  In this Episode you will hear from:

LeRoy Butler - Super Bowl Champion Strong Safety who played his entire career with the Green Bay Packers and is known for inventing the Lambeau Leap. Class of 2022.

Tony Boselli - 5x Pro Bowl Offensive Tackle who was the first ever Draft Pick of the Jacksonville Jaguars where he played his entire career.  Class of 2022.