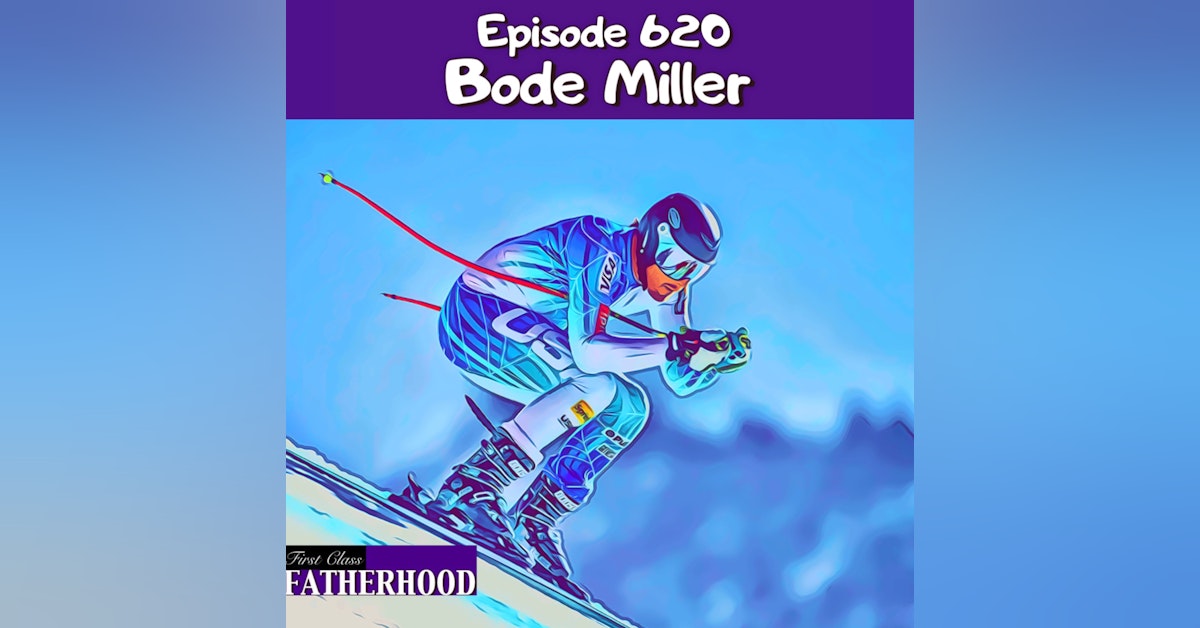 Episode 620 Bode Miller is a First Class Father and world class skier. He is an Olympic and World Championship gold medalist and the most successful male American alpine ski racer of all time. He is also considered one of the greatest World Cup racers of all time with 33 race victories and being one of five men to win World Cup events in all five disciplines. During his Olympic career, Bode won 6 Medals including the Gold Medal at the 2010 Vancouver Games. He is the only American ski racer in history to win medals at three different Olympics.

In this Episode, Bode shares his Fatherhood journey which includes eight children. He discusses the tragedy of losing his daughter in an accidental pool drowning and how he navigated his family through such a devastating experience. He describes his discipline style as a dad and how it differs from when he grew up. He talks about his father leaving when he was just 6 years old and the importance of other men stepping up for kids as Father figures when they don’t have a dad in their life. He offers some great advice for new or soon-to-be dads and more!