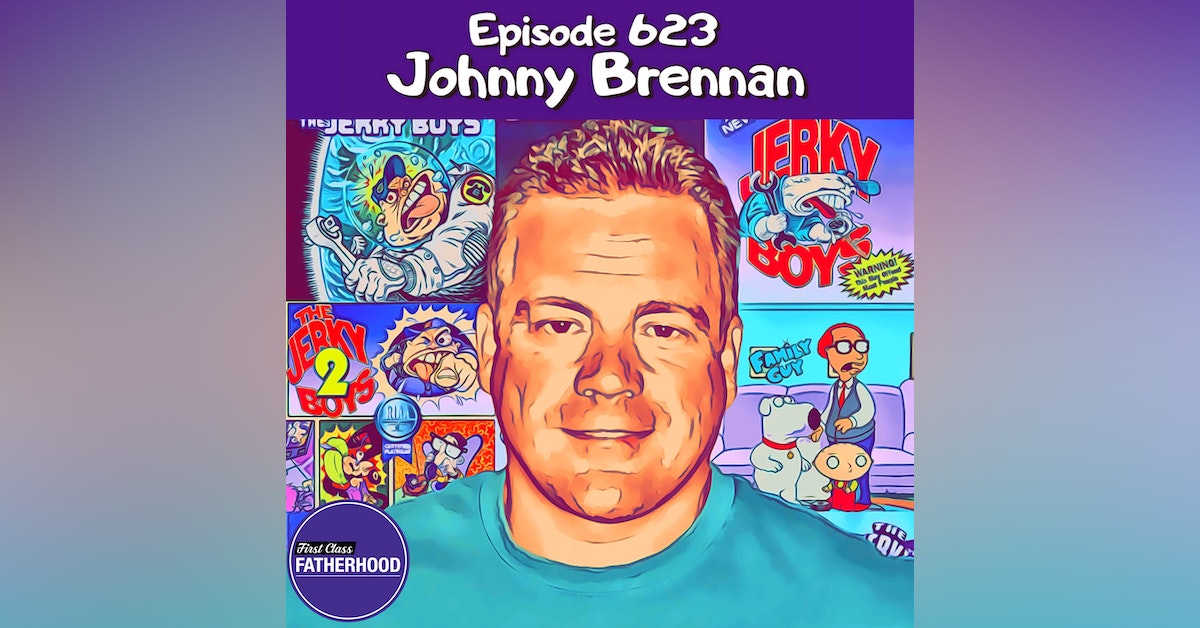 Episode 623 - Johnny Brennan is a First Class Father and creator of THE JERKY BOYS.  He is also well known for voicing the character Mort Goldman on FAMILY GUY.  Johnny created some of the most iconic characters such as Frank Rizzo and Sol Rosenberg and would Prank Call unsuspecting recipients, or would be a response to people calling from classified advertisements placed in local New York-based newspapers. Each call was made in character.  Millions of THE JERKY BOYS albums have been sold making them one of the top selling comedy records of all-time.  Johnny has been voicing Mort Goldman for the Emmy-Nominated FOX series FAMILY GUY for twenty seasons.  Johnny is popular on Cameo and you can find him at http://Cameo.com/JohnnyBrennan

In this Episode, Johnny shares his Fatherhood journey which includes two daughters.  He discusses how he based his most iconic characters on family members.  He describes his daughters reaction to his comedy and their own sense of humor.  He talks about the overwhelming support and some of the touching stories he’s received from THE JERKY BOYS fans.  He offers some great advice for new or soon-to-be dads and more!