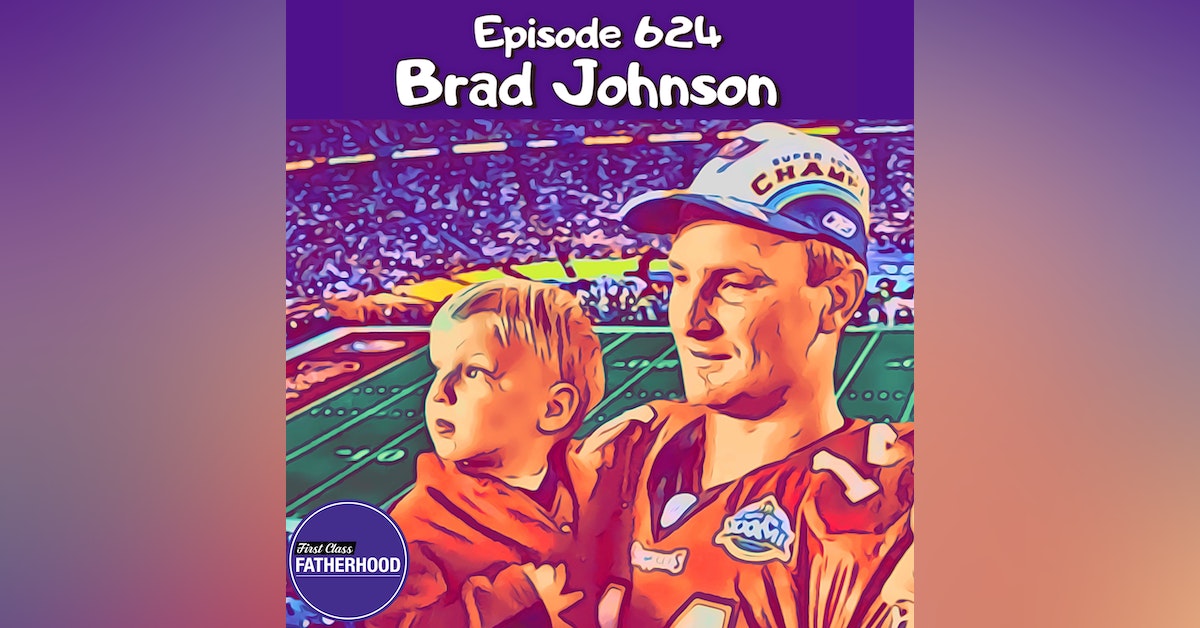 Episode 624 - Brad Johnson is a First Class Father and Super Bowl Champion Quarterback.  He led the Tampa Bay Buccaneers to victory over the Oakland Raiders in Super Bowl XXXVII.  Brad played college football at Florida State where he won the Fiesta Bowl, Blockbuster Bowl and the Cotton Bowl.  He also played on the Men’s Basketball team.  Brad was drafted by the Minnesota Vikings in the 1992 NFL Draft and would go on to play quarterback for the Vikings, Buccaneers, Redskins and Cowboys.

In this Episode, Brad shares his fatherhood journey which includes two sons, both of whom play college football.  He discusses the high school recruiting process with his sons and why his son Maxdecided to transfer from LSU to Texas A&M.  He describes how he got involved in making Tiktok videos and what his kids think about dad being on Social Media.  He talks about young kids playing tackle football and what’s a good age to start.  He offers some great advice for new or soon-to-be dads and more!