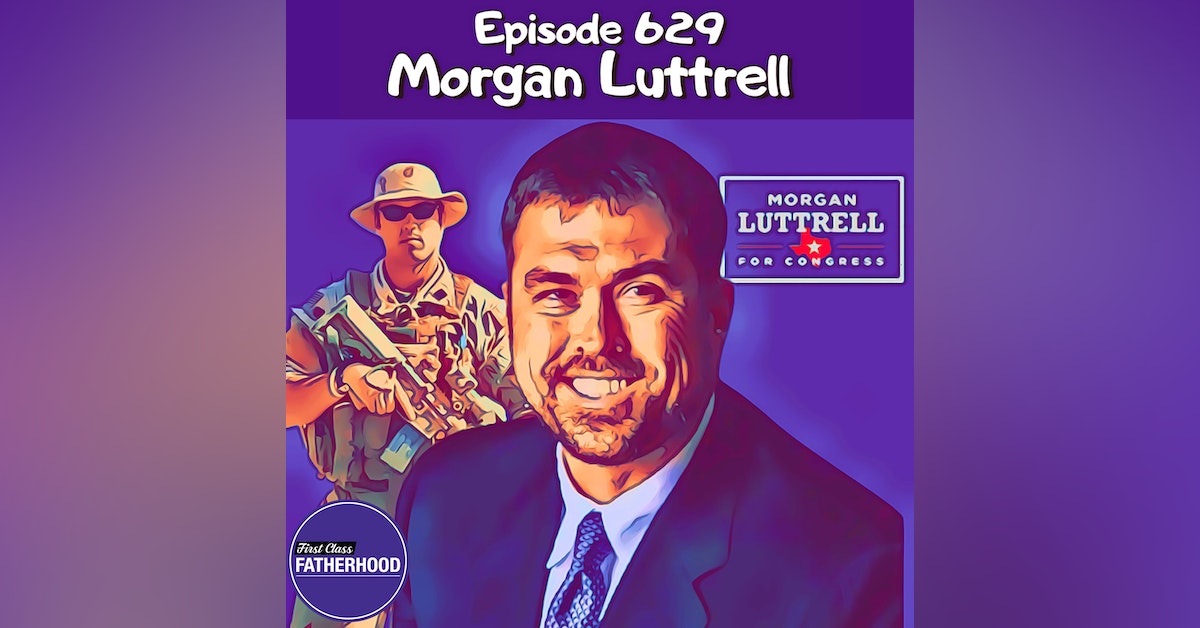 Episode 629 - Morgan Luttrell is a First Class Father and former Navy SEAL who is running for Congress in Texas.  He served multiple combat deployments and led his troops as a Naval Special Warfare Officer.  In 2009, by the grace of God, Morgan survived a deadly helicopter crash that left him with a broken back and a traumatic brain injury (TBI). Determined to get back in the fight with his teammates, Morgan rehabbed, recovered, and returned to the frontline.

Following an honorable 14-year military career, Morgan retired from the Navy in 2014 and applied his personal success and experience to help fellow veterans recover from PTSD and traumatic brain injuries sustained in battle.

Morgan earned his bachelors in Psychology from Sam Houston State University, an advanced degree in Applied Cognition and Neuroscience at the University of Texas at Dallas, and an executive certificate in professional leadership development from the Harvard Business School.

In this Episode, Morgan shares his fatherhood journey which includes two sons.  He discusses his campaign for Congress in Texas and how it has affected his family.  He describes his son's relationship with his twin brother, Marcus Luttrell, and when he will allow his boys to watch the movie Lone Survivor.  He talks about his discipline style as a dad.  He offers some great advice for new or soon-to-be dads and more!