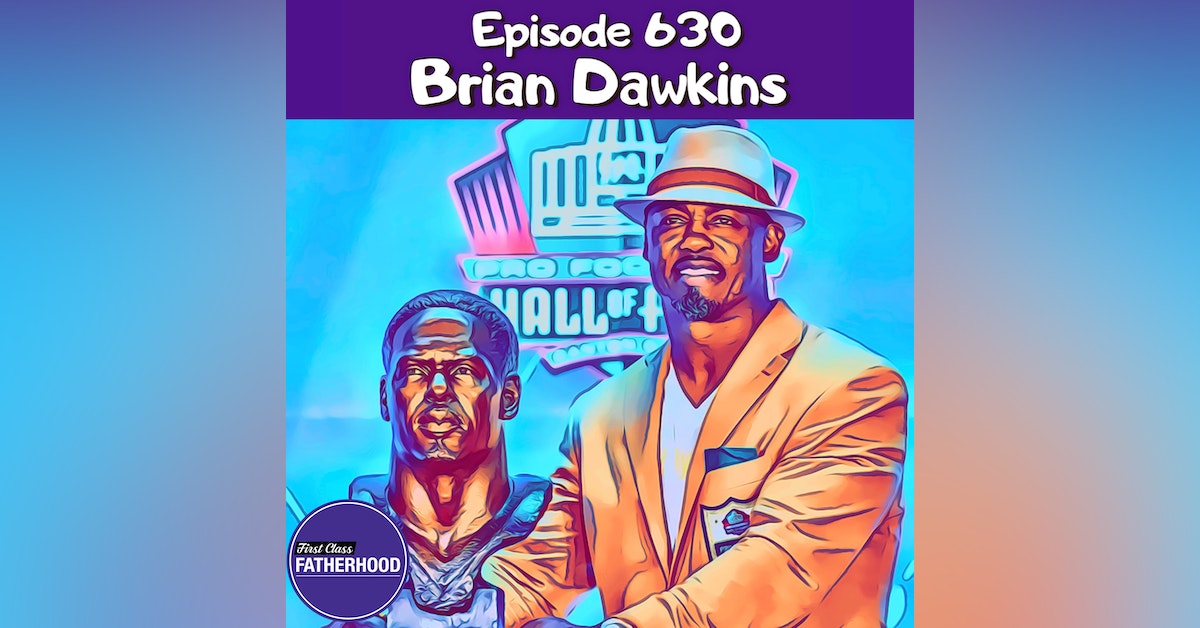 Episode 630 - Brian Dawkins is a First Class Father and NFL Hall of Famer. He played the majority of his 16 seasons in the NFL with the Philadelphia Eagles where his number, 20, has been retired. Brian played college football at Clemson before being drafted by the Eagles in 1996. He was inducted into the Pro Football Hall of Fame in 2018 and is one of the greatest safeties in the history of the NFL.

In this Episode, Brian shares his Fatherhood journey which includes four children. He discusses the importance of his faith and the impact it has on his parenting philosophy. He describes how he struggled early in his career with the balance of playing football in the NFL and becoming a father. He talks about his legacy both as a football player and a dad. He discusses the work he does through his Impact Foundation and his upcoming projects. He offers some great advice for new or soon-to-be dads and more!