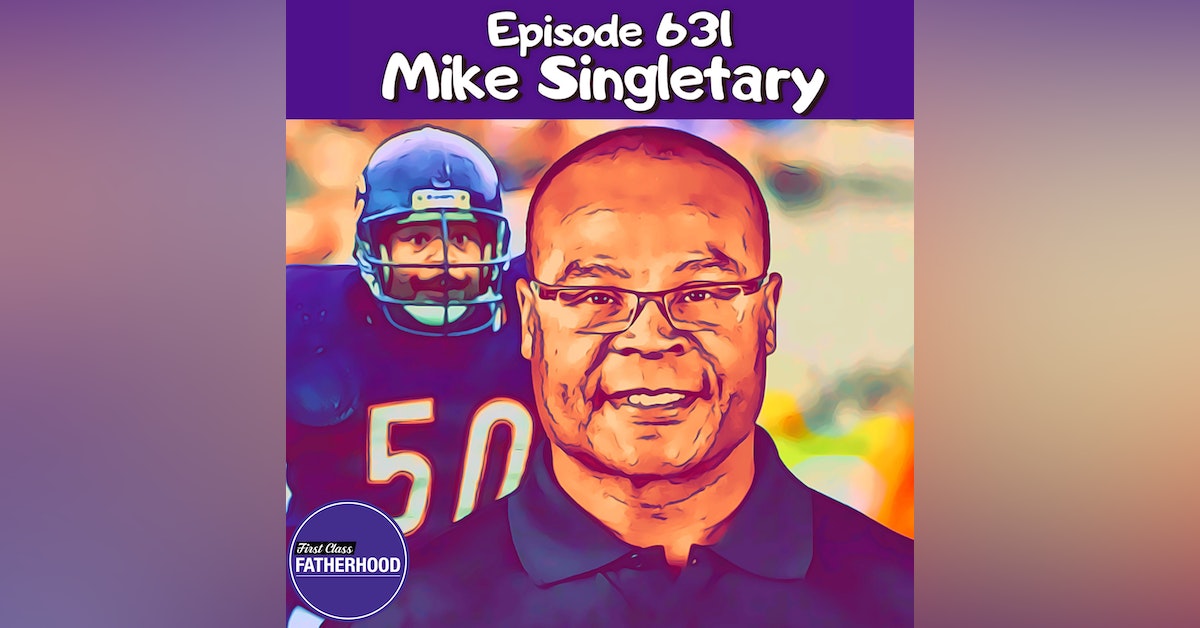 Episode 631 Mike Singletary is a First Class Father and Legendary NFL Hall of Fame Linebacker.  He was the anchor of the greatest defense of all time, the Super Bowl Champion 1985 Chicago Bears. He played his college football at Baylor and was drafted by the Chicago Bears in the 1981 NFL Draft.  He would go on to play his entire NFL career with the Bears earning 10 trips to the Pro Bowl.  In 1990 he was selected as the NFL Man of the Year.  He was enshrined in the Pro Football Hall of Fame in 1998.  In 2008 he became the Head Coach of the San Francisco 49ers.

In this Episode, Mike shares his fatherhood journey which includes seven children.  He discusses the Fatherless Crisis and the importance of positive father figures.  He describes his faith and the major role it has played in his life.  He talks about his charity, Changing Our Perspective, and the impact it is having on the community.  The hard-hitting linebacker describes his discipline style as a dad. He offers some great advice for new or soon-to-be dads and more!