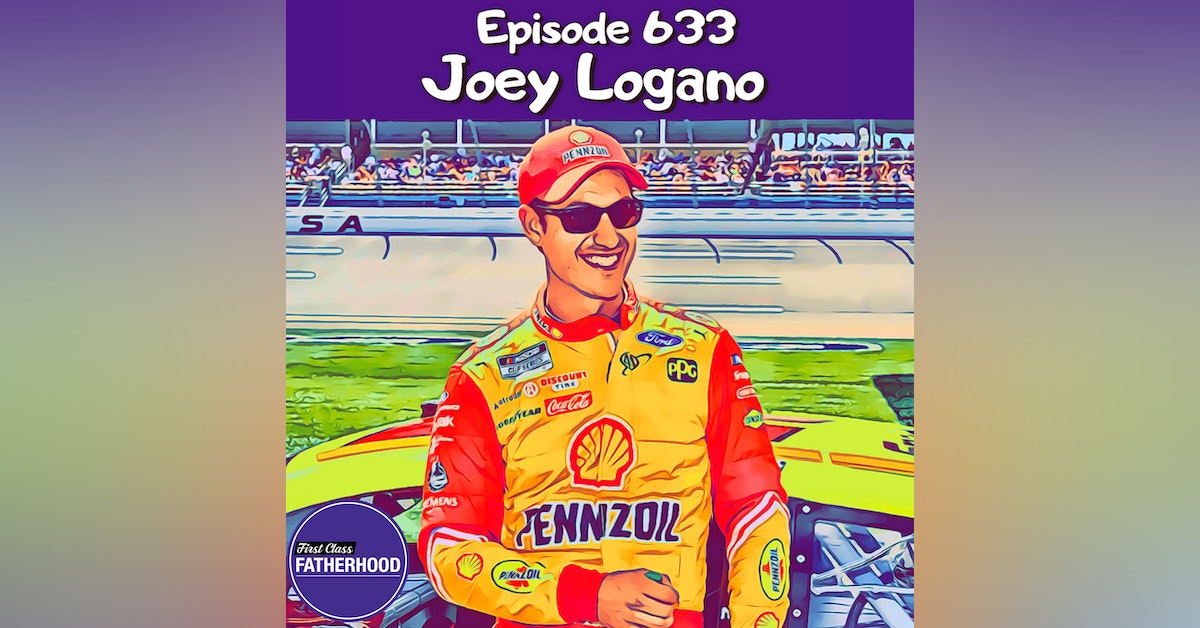 Episode 633 - Joey Logano is a First Class Father and NASCAR Driver.  He is among the best drivers in the history of the sport.  Since he took his place behind the wheel of the No. 22 Ford for Team Penske, Joey has earned 24 wins – including at least one victory for eight consecutive seasons, won the Daytona 500 (2015), produced Team Penske’s second-ever Cup Series title (2018) and earned a Playoff spot in seven of the last eight years. Joey is one of only four drivers with at least four Championship 4 appearances and he is one of only four drivers to win 25 NASCAR Cup Series Victories before the age of 30.

Away from the racetrack, Logano and his wife Brittany were honored with the 2018 Comcast Community Champion of the Year award in Miami for their charitable efforts with the Joey Logano Foundation. Entering 2022, the Foundation has contributed over $4.6 million to organizations that provide second chances to kids and young adults in crisis.

In this Episode, Joey shares his Fatherhood journey which includes three children.  He discusses how becoming a dad changed his perspective on life and what it was like to watch his wife, his childhood sweetheart, become a mom and take on the role of motherhood.  He describes the importance of setting an example for his kids with hard work.  He talks about some of the challenges of being a NASCAR driver and a dad.  He tells the story of him and Kyle Petty breaking the Hot Wheels world record with the help of his son.  He offers some great advice for new or soon-to-be dads and more!