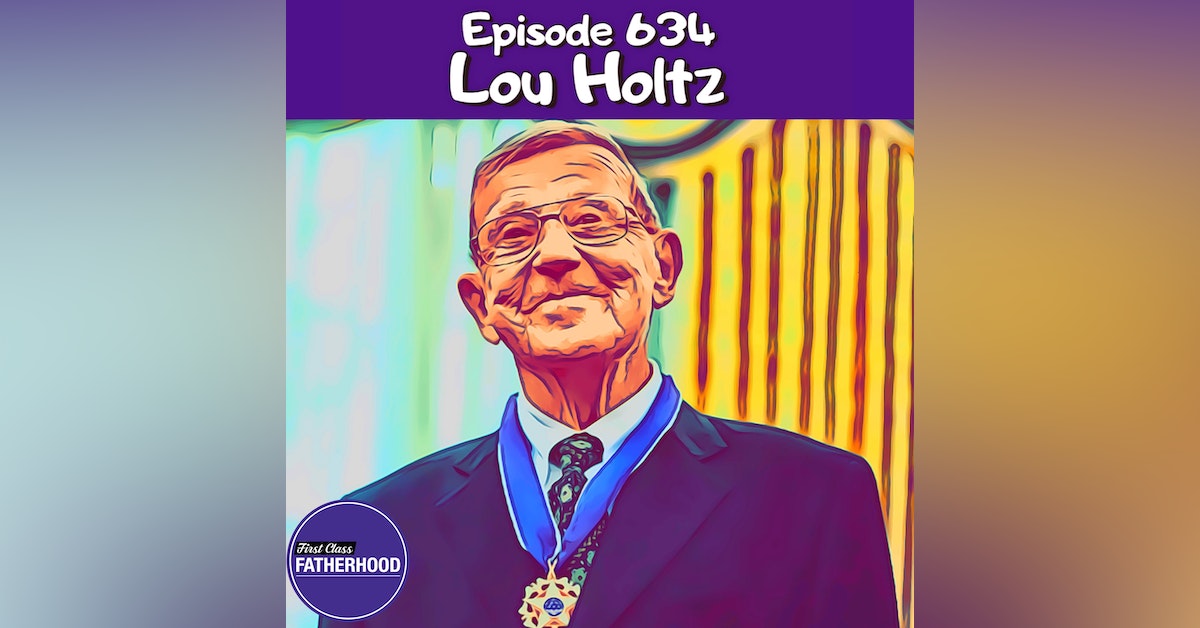 Episode 634 - Lou Holtz is a First Class Father and Hall of Fame college football coach.  He served as the head football coach at the University of Notre Dame from 1985 to 1996, leading the Fighting Irish to the consensus national championship in 1988.

He also is a popular motivational speaker and an author of several books, including the New York Times bestselling The Fighting Spirit about Notre Dame’s 1988 championship season; his autobiography, Wins, Losses, and Lessons; and A Teen’s Game Plan for Life. After leaving coaching, Holtz became a college football analyst for ESPN.

Holtz has received numerous honorary doctorate degrees. He was inducted into the College Football Hall of Fame in 2008. He has received a number of honors not only for coaching but also for his philanthropy.  In 2020 he was awarded The Presidential Medal of Freedom by President Donald J Trump.

In this Episode, Coach Holtz shares his Fatherhood journey which includes four children. He discusses the differences between coaching kids who have no father in the home as opposed to kids with a present father.  He describes how important his faith is in raising his children and working through life’s challenges.  He talks about coaching millennials and the best way to get through to them. He talks about personal responsibility versus the victim mentality.  He defines his legacy as a dad.  He offers some great advice for new or soon-to-be dads and more!