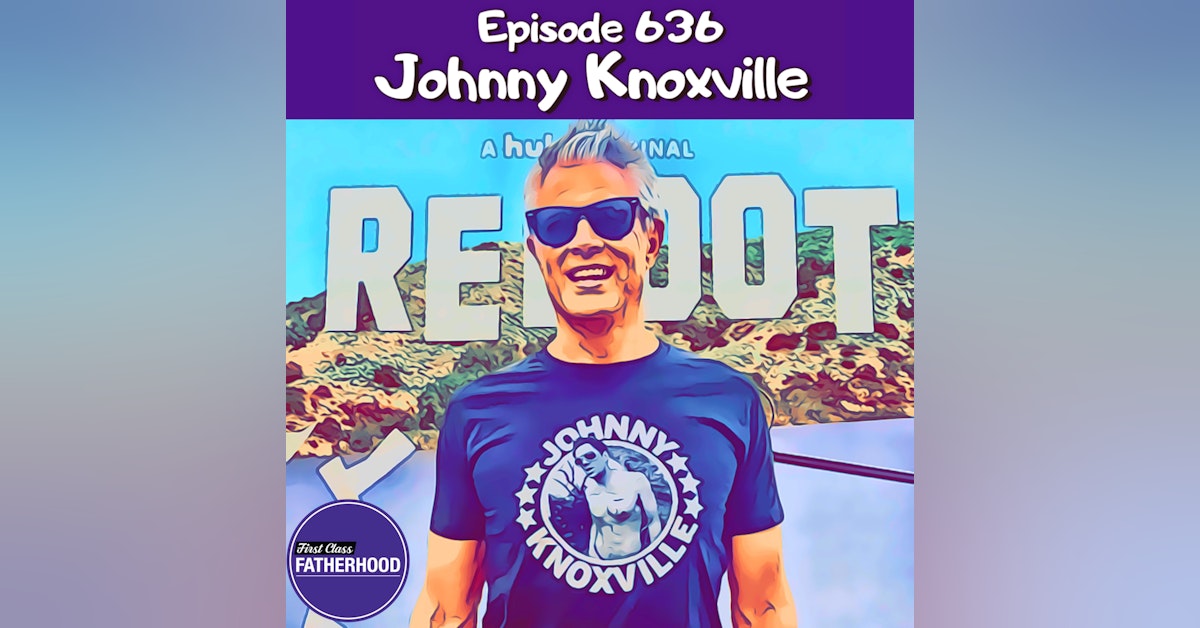 Episode 636 - Johnny Knoxville is a First Class Father, Actor, Stunt Performer and co-creator of JACKASS.  He has starred in films such as Men in Black II, Walking Tall, The Dukes of Hazzard, The Ringer, and he also voiced Leonardo in Teenage Mutant Ninja Turtles (2014).  He starred in Jackass: The Movie, Jackass Number Two, Jackass 2.5, Jackass 3D, Jackass 3.5, Jackass Forever, and Jackass 4.5.  He is currently starring in the new Hulu comedy series, REBOOT.

In this Episode, Johnny shares his Fatherhood journey which includes three children.  He discusses how becoming a dad motivated him to get serious about his career.  He describes the first time he took his daughter to see a Jackass film.  He talks about his new series REBOOT on Hulu and what it’s like working with the star-studded cast which includes Keegan-Michael Key, Rachel Bloom and Paul Reiser.  He offers some great advice for new or soon-to-be dads and more!