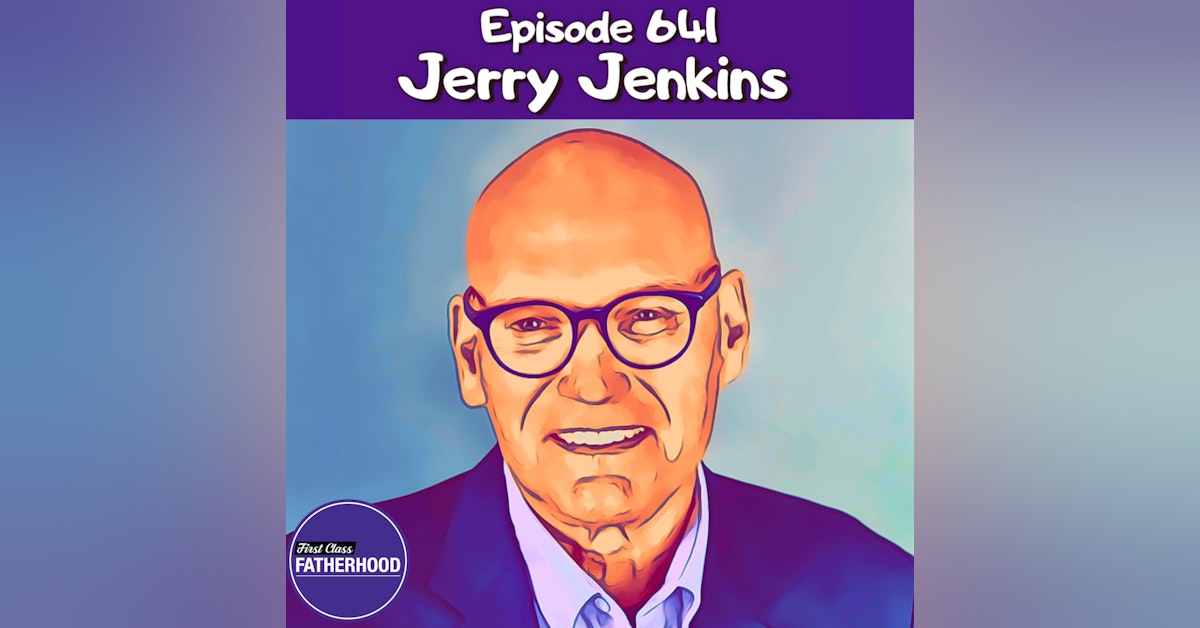 Episode 641 - Jerry Jenkins is a First Class Father and World Class Author. Twenty-one of his books have reached The New York Times best-seller list (seven debuting number one).  Jerry is the author of more than 200 books with sales of over 70 million copies, including the best-selling Left Behind series, Jerry is former vice president for publishing and former chairman of the board of trustees for the Moody Bible Institute of Chicago.  Jerry's writing has appeared in Time, Reader's Digest, Parade, Guideposts, and dozens of Christian periodicals.

He is the Father of Dallas Jenkins, creator of The Chosen, who joined First Class Fatherhood on Episode 567.

In this Episode, Jerry shares his Fatherhood journey which includes three sons and eight grandchildren.  He discusses the importance of his faith and how it influences his writing.  He describes the joy of his son Dallas’s success with The Chosen and one scene from the series that really means a lot to him.  He talks about his new book, The Chosen: Come and See: a novel based on Season 2 of the critically acclaimed TV series. He offers advice for parents of kids who are interested in a writing career.  He offers some great advice for new or soon-to-be dads and more!

The Chosen: Come and See: a novel based on Season 2 of the critically acclaimed TV series (The Chosen, 2) - https://a.co/d/f4GLEpP