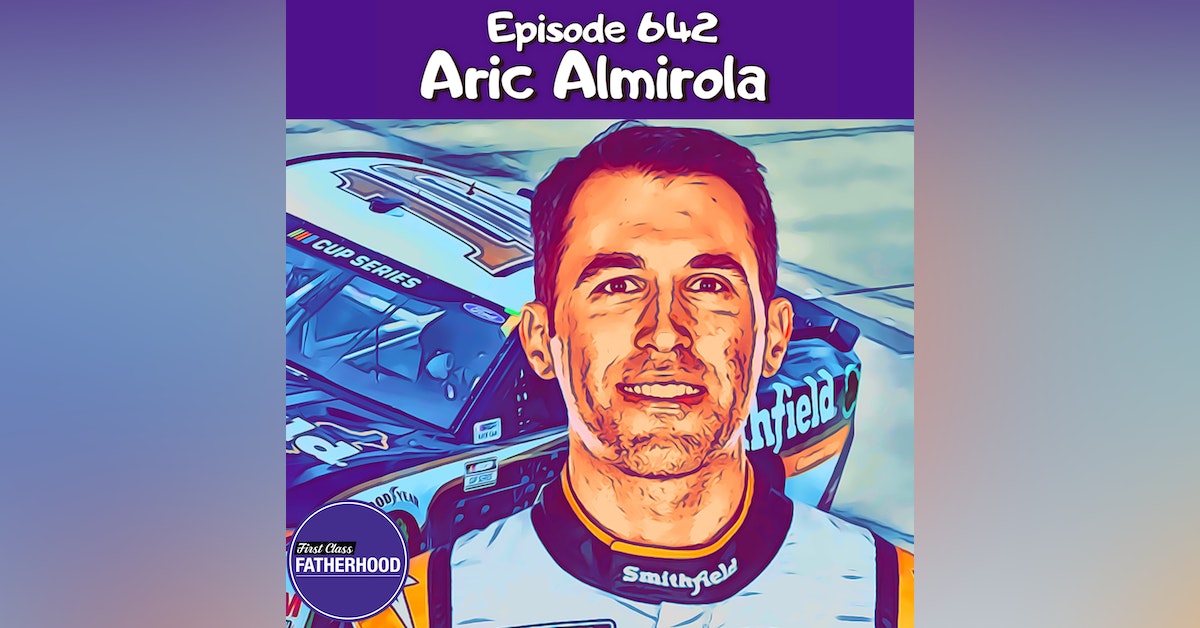 Episode 642 - Aric Almirola is a First Class Father and NASCAR driver.  He competes full-time in the NASCAR Cup Series, driving the No. 10 Ford Mustang for Stewart-Haas Racing.  Aric has competed in 417 NASCAR Cup Series races in his 15 year career.  He also has driven in over 100 NASCAR Xfinity Series races and 78 NASCAR Camping World Truck Series races.

In terms of top-fives, top-10s and laps led, 2020 was a career year for Almirola. His six top-fives, 18 top-10s and 305 laps led were all season bests, and each significantly bettered his previous year long highs from 2018.

In this Episode, Aric shares his Fatherhood journey which includes a son and daughter.  He discusses why he decided to reverse course on his retirement, which he announced earlier this season, and will continue racing after signing a new deal.  He describes his discipline style as a dad and how it relates to the discipline style he grew up with.  He talks about what the future looks like beyond his racing career.  He offers some great advice for new or soon-to-be dads and more!

The Chosen: Come and See: a novel based on Season 2 of the critically acclaimed TV series (The Chosen, 2) - https://a.co/d/f4GLEpP