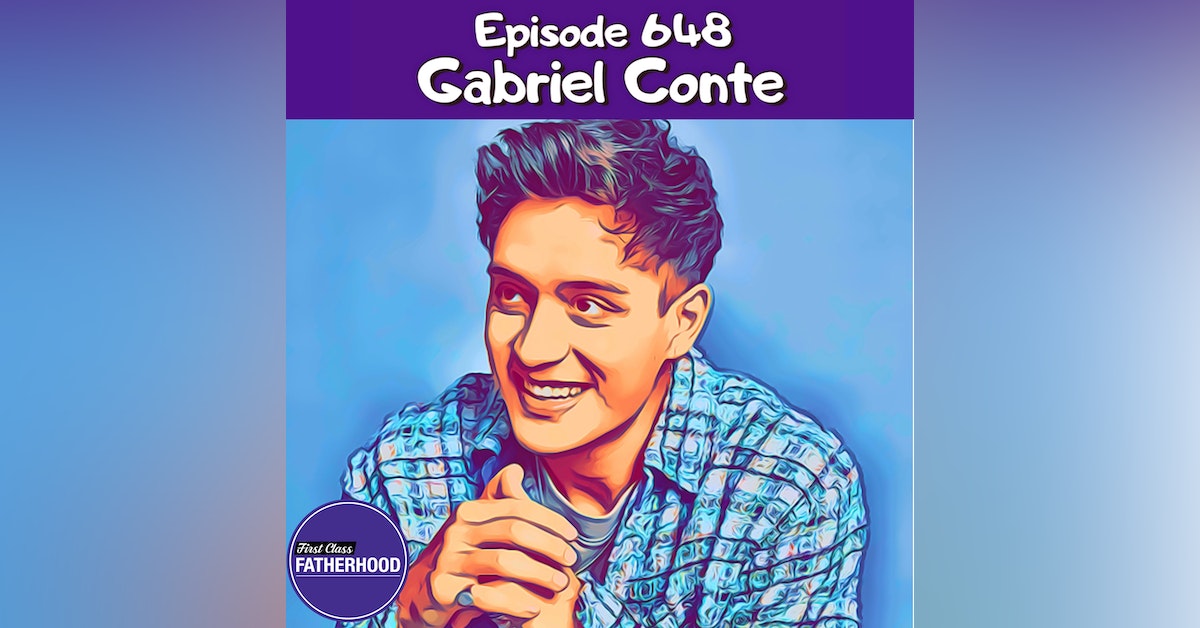 Episode 648 - Gabriel Conte is a First Class Father, entrepreneur, musician, and digital creator.  With a cumulative following of more than 10 million, Gabriel has shared his life and relationship with the internet for almost a decade alongside his wife Jess.  He discovered a passion for performing at an early age. By the time Conte headed off to study acting in college, he was making major waves on social media, and it was then that he realized his love for digital creation could become more than just a hobby. He's also had acting roles and is a small-business entrepreneur and an accomplished musician.  He has a new book available now,  A Mission for Meaning: The Choices That Lead to the Life You Really Want.

In this Episode, Gabriel shares his Fatherhood journey which includes a three month old daughter.  He discusses his rise on social media and the type of content he plans on sharing as a dad.  He describes what it has been like to watch his wife Jess take on the role of motherhood.  He talks about his new book, A Mission for Meaning: The Choices That Lead to the Life You Really Want.  He offers some great advice for new or soon-to-be dads and more!

A Mission for Meaning: The Choices That Lead to the Life You Really Want https://a.co/d/6SbfBlE