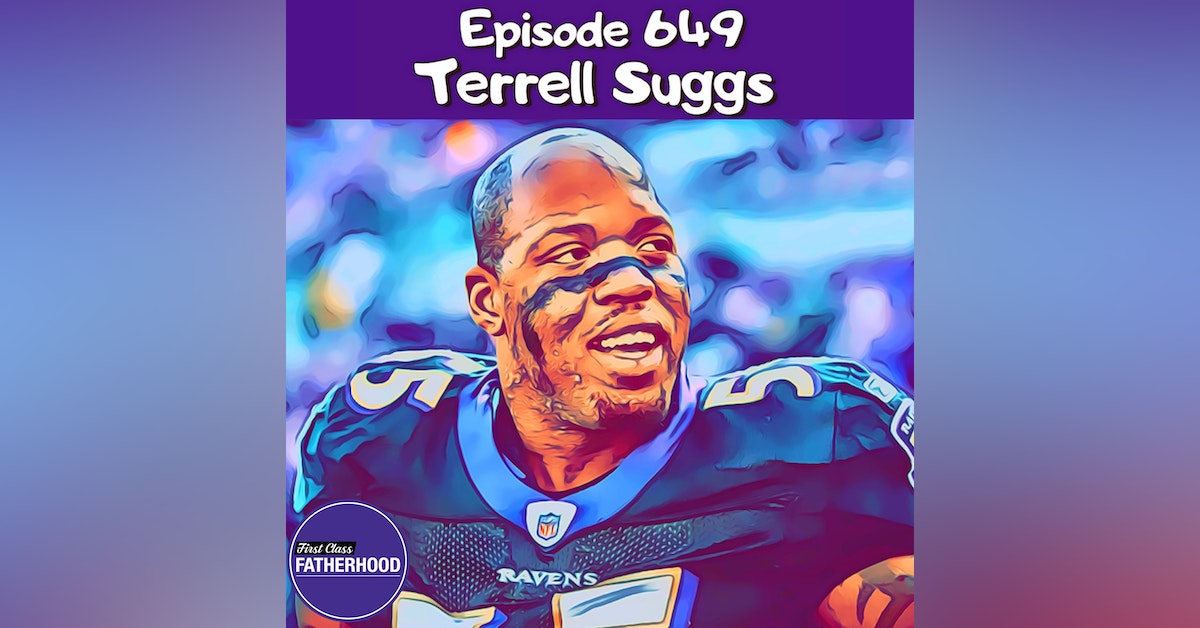 Episode 649 - Terrell Suggs is a First Class Father and 2x Super Bowl Champion NFL legend.  He played college football at Arizona State, and was recognized as a unanimous All-American.  He was drafted by the Baltimore Ravens tenth overall in the 2003 NFL Draft, and is the franchise's all-time leader in sacks.  He was the NFL Defensive Player of the Year in 2011. Terrell is a 7x Pro-Bowler who dominated the defensive side of the ball.  He also spent time with the Arizona Cardinals and finished his career with the Kansas City Chiefs where he won his second Super Bowl.  He is without question a future Pro Football Hall of Famer.

In this Episode, Terrell shares his Fatherhood journey which includes three children.  He discusses the top values he is instilling in his kids growing up.  He describes the importance of recognizing the dads who are doing it right as well as acknowledging the need to have more dads in the home.  He talks about his discipline style as a father.  He gives his opinion on the changes in the NFL with regards to the controversial roughing the passer penalties.  He offers some great advice for new or soon-to-be dads and more!