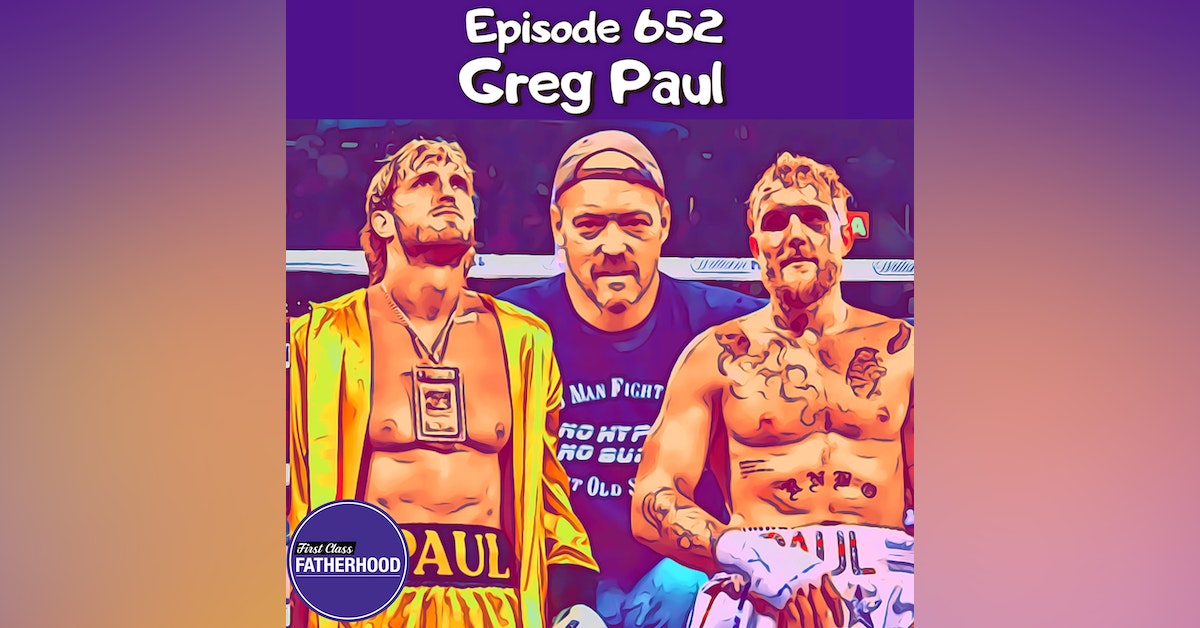 Episode 652 - Greg Paul is the First Class Father of Logan and Jake Paul.  His sons rose to fame on YouTube and have now taken the boxing world by storm.  His son Jake Paul is fighting MMA Legend Anderson Silva on Saturday, October 29th 2022.   Before beginning his own social media journey, Greg was a roofer and realtor for most of his career.  He has guided his sons throughout their successful careers which has seen millions of subscribers on YouTube, boxing matches against legendary boxer Floyd Mayweather and UFC Champion Tyron Woodley, a popular beverage company called Prime, and professional wrestling with the WWE.

In this Episode, Greg shares his Fatherhood journey which includes two sons, Logan & Jake.  He describes the importance of instilling the value of hard work in his kids at a young age.  He discusses the huge pay cut and sacrifices he made to ensure he was a present father throughout a difficult divorce.  He talks about the ups and downs that have come with the fame of his children and how he has handled it and helped them through it all. He gives his take on this weekend’s fight between his son Jake and Anderson Silva.  He tells us which son he believes will give him his first grandchild.  He offers some great advice for new or soon-to-be dads and more!