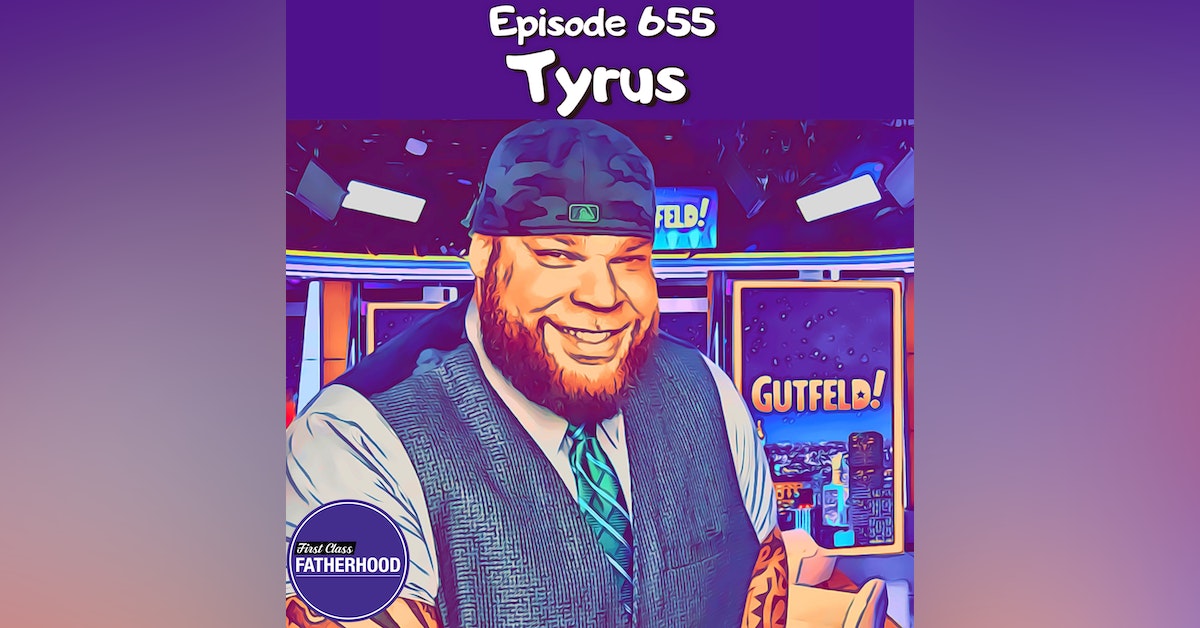 Episode 655 - Tyrus is a First Class Father, and Contributor to GUTFELD on Fox News Channel.  He is also a professional wrestler, NYT Bestselling Author, actor, comedian and more!  His contribution to GUTFELD has helped the late night talk show dominate the ratings, crushing competition from The Tonight Show with Jimmy Fallon, Late Night with Stephen Colbert and Jimmy Kimble.  Following his initial calling to football, he became a bouncer at numerous establishments in Los Angeles where he caught the attention of Snoop Dogg and became his bodyguard. That drew the attention of the WWE where he went on to enjoy success as “Brodus Clay,” and later, “The Funkasaurus,” which led to his starring in Mattel commercials and appearing in WWE video games.  He is signed to the National Wrestling Alliance (NWA), where he is a one-time NWA World Television Champion.  Tyrus published his autobiography Just Tyrus: A Memoir in 2022, which has become a New York Times bestseller.

In this Episode, Tyrus shares his Fatherhood journey which includes four children.  He discusses the challenges of having four kids with four different women and how he stays present in all of their lives.  He describes the age he plans to step away from entertainment to focus on his family.  He talks about the GUTFELD show and why it’s been such a huge success. He offers some great advice for new or soon-to-be dads and more!