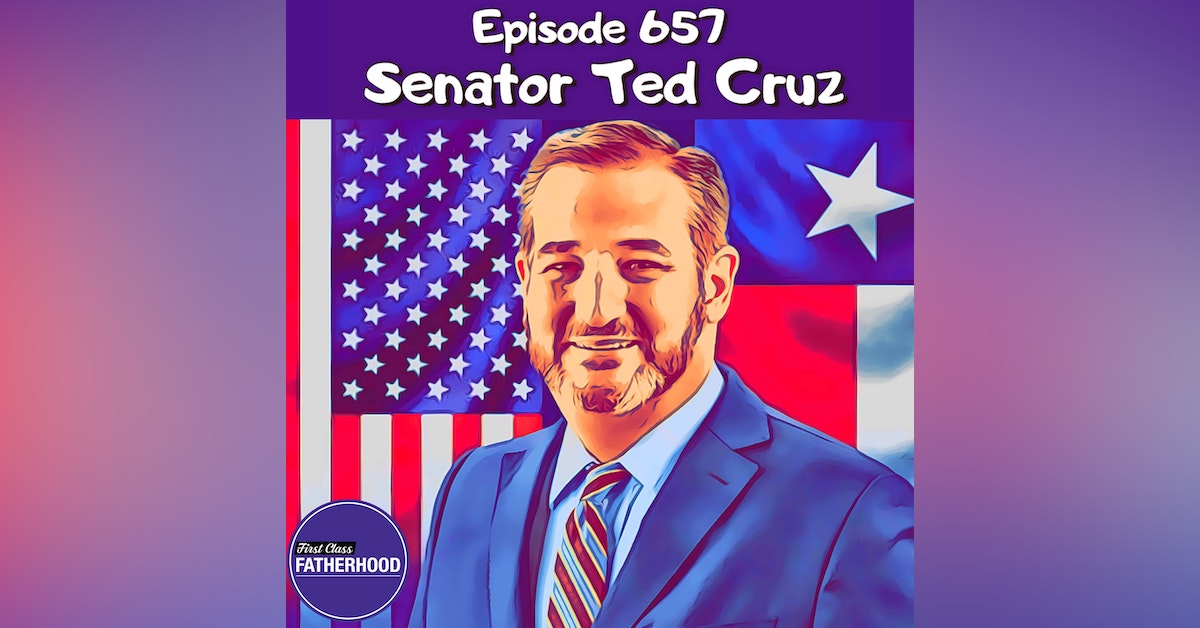 Episode 657 - Senator Ted Cruz is a First Class Father and U.S. Senator from Texas.  He joins me for a special edition Election Day episode!  Senator Cruz earned his undergraduate degree from Princeton and his law degree from Harvard Law School.  In 1999, Ted joined George W. Bush’s campaign for president as a domestic policy advisor.  After working at the Department of Justice and the Federal Trade Commission during the Bush administration, Ted moved back home to be the Solicitor General of Texas.  In 2013, Ted was sworn into the United States Senate, where he became the first Hispanic-American to serve as a U.S. Senator from Texas.

In this Episode, Senator Cruz shares his Fatherhood journey which includes two daughters.  He discusses the midterm elections, his recent 17-State bus tour and what issues are most important to parents.  He talks about the difficulties facing parents today as well as the Fatherless Crisis in America. He tells us about his new book “Justice Corrupted: How the Left Weaponized Our Legal System”.  He describes what he enjoys most being a Girl Dad.  He discusses some of the challenges being a U.S. Senator while being a dad.  He offers some great advice for new or soon-to-be dads and more!

Justice Corrupted: How the Left Weaponized Our Legal System - https://a.co/d/dQ7wmXi