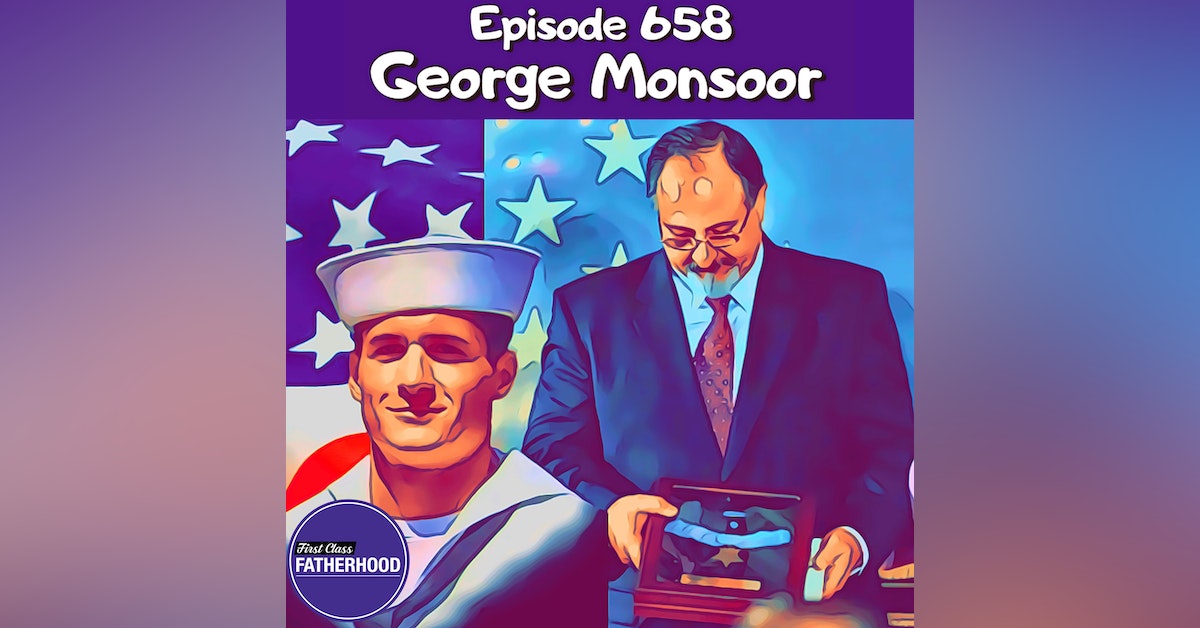 The Medal of Honor was presented to Mike Monsoor posthumously and received by George and his wife Sally from President George W. Bush.

On September 29, 2006, Michael Monsoor and three SEAL snipers watched vigilantly for enemy activity from their rooftop post in Ar Ramadi, Iraq. When a grenade thrown from insurgents bounced off Michael's chest, he could have escaped. Instead, he threw himself onto the live grenade, shielding his fellow soldiers from the immediate explosion. Michael died thirty minutes later, having made the ultimate sacrifice.

In this Episode, George shares his fatherhood journey which includes four children and nine grandchildren. He describes the paradox of pride and sorrow of his son making the ultimate sacrifice to save the lives of his teammates in combat.  He discusses what his Michael Monsoor was like as a child and how he stood up to bullies from a young age.  He talks about his new book, Defend Us in Battle: The True Story of MA2 Navy SEAL Medal of Honor Recipient Michael A. Monsoor.  He describes the presentation by President Bush awarding Michael the Medal of Honor posthumously at the White House.  He offers some great advice for new or soon-to-be dads and more!

Defend Us in Battle: The True Story of MA2 Navy SEAL Medal of Honor Recipient Michael A. Monsoor - https://a.co/d/2Uat0LT