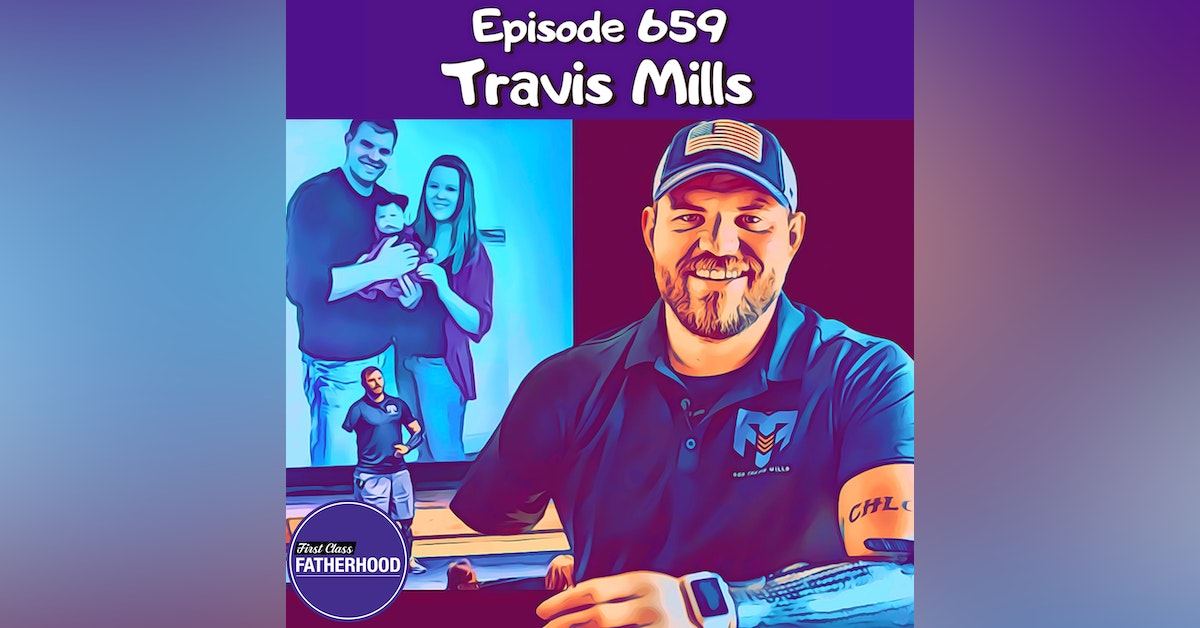 Episode 659 - Travis Mills is a First Class Father and Retired United States Army Staff Sergeant.  He joins me for a Special Veterans Day Episode of First Class Fatherhood.   On April 10, 2012, United States Army Staff Sergeant Travis Mills of the 82nd Airborne was critically injured on his third tour of duty in Afghanistan by an IED (improvised explosive device) while on patrol, losing portions of both legs and both arms. He is one of only five quadruple amputees from the wars in Iraq and Afghanistan to survive his injuries.

Thanks to his amazing strength, courage, an incredible will to live, the heroic actions of the men in his unit, the prayers of thousands, and all the healthcare providers at the Walter Reed Army Medical Center, near Washington D.C., Travis remains on the road to recovery. Every day is a battle, but Travis continues to astound friends and family alike with his progress and with his amazing spirit.

He is the Founder of the Travis Mills Foundation https://www.travismills.org He is a motivational speaker and  NYT Bestselling Author of TOUGH AS THEY COME https://a.co/d/aR70beX

In this Episode, Travis shares his Fatherhood journey which includes two children.  He describes his life as a quadruple amputee father.  He discusses the relationship with his wife before and after his injuries.  He talks about his foundation and his commitment to helping veterans.  He shares a Veterans Day message for those who served.  He offers some great advice for new or soon-to-be dads and more!

First Class Fatherhood who like to say Thank You to all the veterans!  May God Bless you and your Families!