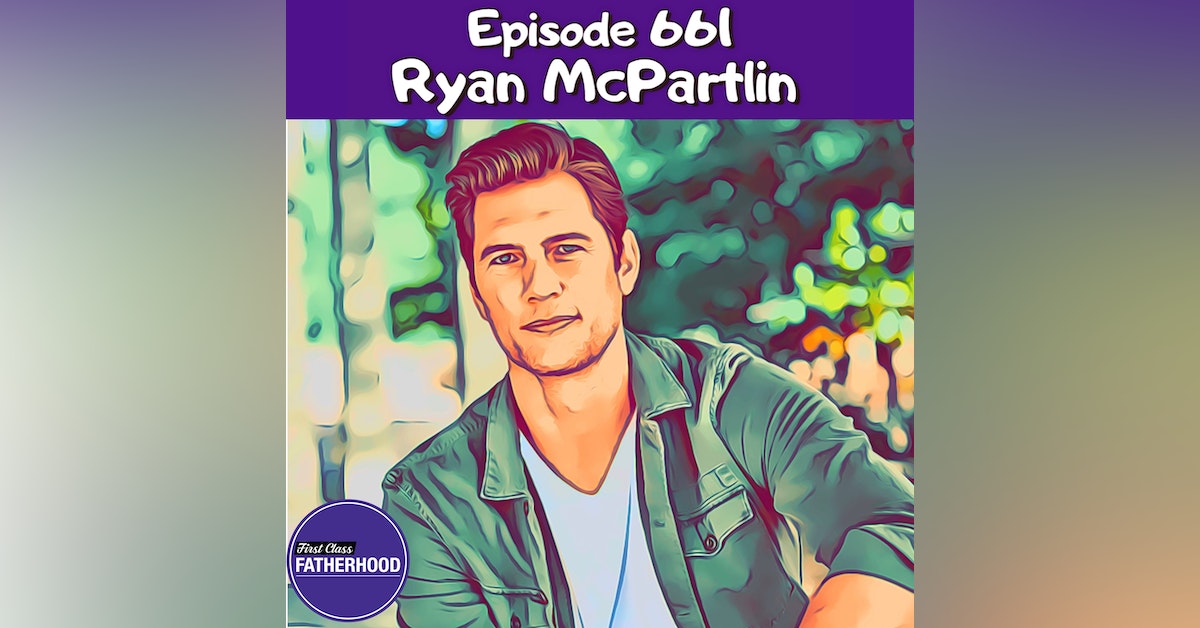 Episode 661 - Ryan McPartlin is a First Class Father and Actor.  He is well known for his role as Devon "Captain Awesome" Woodcomb on the NBC action-comedy series Chuck.  Before he began acting, Ryan was a model for Abercrombie & Fitch.  He would go on to star as Hank Bennett on the popular soap opera ”Passions”.  Some of his other acting credits include “L.A.'s Finest” and “Mad Men”.

Ryan played college football at the University of Illinois and currently coaches his sons football team.

In this Episode, Ryan shares his fatherhood journey which includes two teenage sons.  He discusses the challenges of being an actor while being a dad and how becoming a dad has changed him as an actor.  He describes how things changed when he became the first person in his friend group to start having children.  He talks about the importance of not putting too much pressure on yourself as a father.  He discusses an upcoming project he is working on with Navy SEAL Travis Lively.  He offers some great advice for new or soon-to-be dads and more!