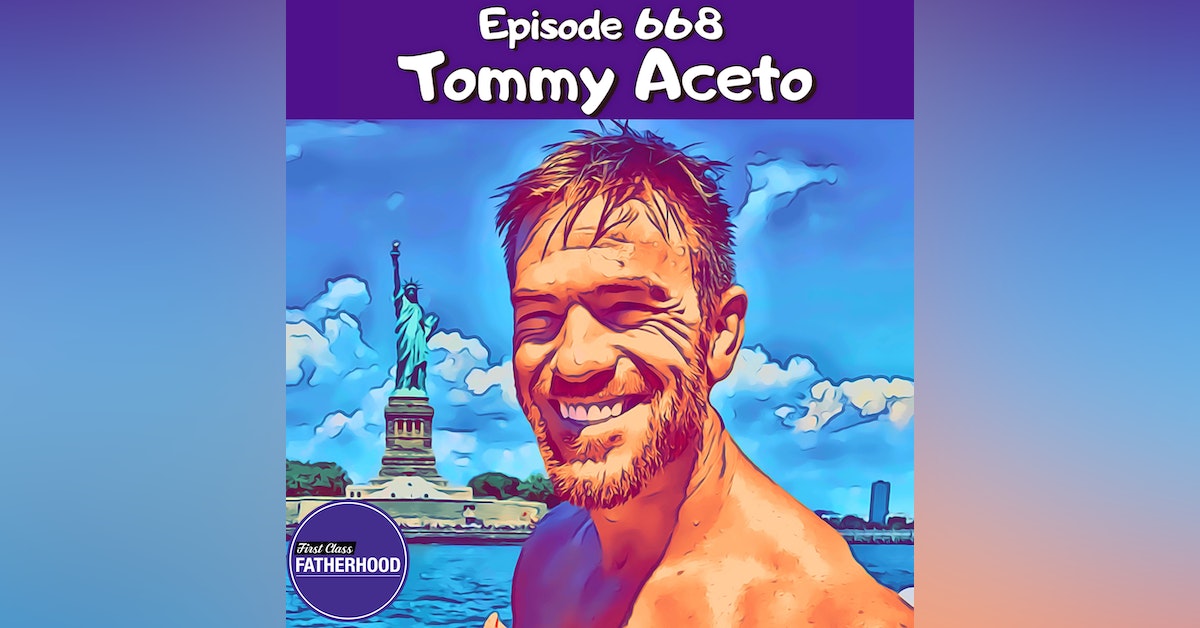 Episode 668 - Tommy Aceto is a First Class Father and former Navy SEAL.  He served for 16 years as a medic in the U.S. Navy SEAL Teams where he conducted many combat missions.  He deployed to Iraq, Afghanistan, Africa and the Pacific Islands.  Tommy became a Basic Underwater Demolition/Seal (B.U.D/S) instructor and also helped develop many training curriculums for Combat Diving, Close Quarter Combat, Tactical Combat Casualty Care, and Special Surveillance Operations.  Prior to joining the Navy and becoming a Frogman, Tommy was an NCAA Soccer player and State Champion wrestler.

In this Episode, Tommy shares his Fatherhood journey which includes four children.  He describes his difficult divorce and ruthless custody battle which ended with him not being allowed to see his own children.  He discusses how his ex wife deceived him and how he lost his medical retirement, his Navy SEAL Trident and his kids in ten days.  He talks about his experience using psychedelics and why more research is needed for psilocybin to be used to help combat veterans with PTSD and civilians who suffer from mental illnesses and traumatic events.  He gives advice for dads about to go through the family court system.  He offers some great advice for new or soon-to-be dads and more!