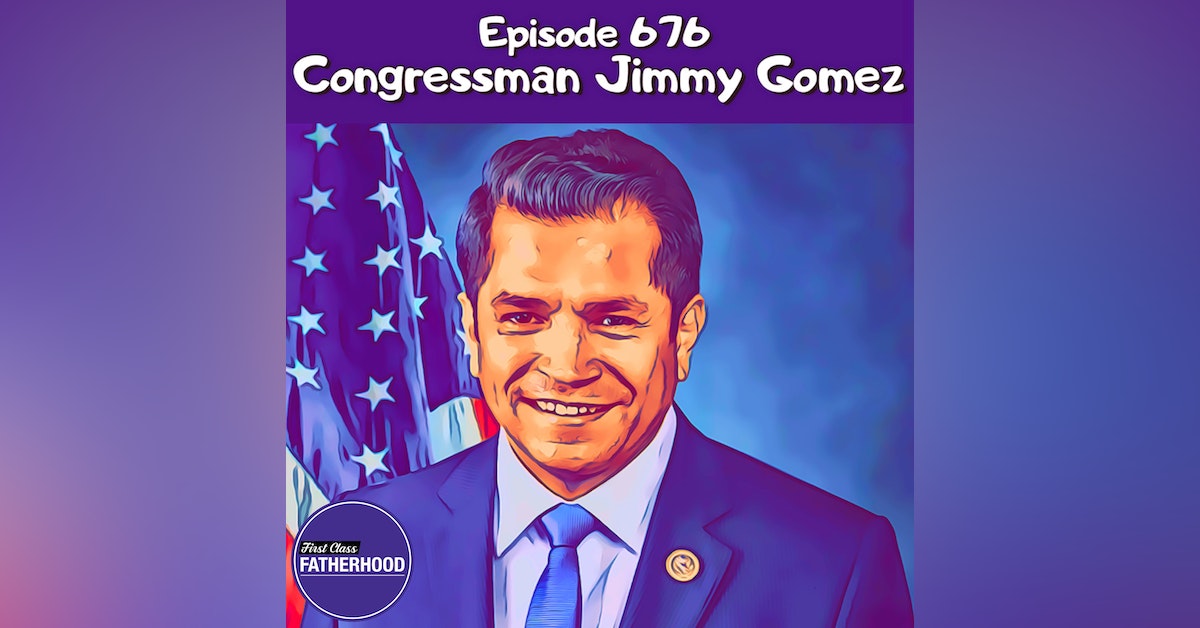 Episode 676 - Congressman Jimmy Gomez is a First Class Father and Politician serving as the U.S. Representative for California's 34th congressional district. In the 117th Congress, he served as Vice Chair of the House Committee on Oversight and Reform, sits on the powerful House Committee on Ways and Means, and serves as an Assistant Whip for the House Democratic Caucus.

Prior to being sworn in for the 118th Congress, which took a few days due to the lengthy vote for Speaker of the House, Congressman Gomez went viral on social media as he tweeted pictures of his first child, his four month old son Hodge.

In this Episode, Congressman Gomez shares his Fatherhood journey as a new dad.  He discusses the viral moments from the House Floor and what it says about how we as a nation view Fathers.  He describes the top values he hopes to instill in his son growing up. He talks about the experience of watching his wife become a mom and take on the role of motherhood.  He offers some great advice for new or soon-to-be dads and more!