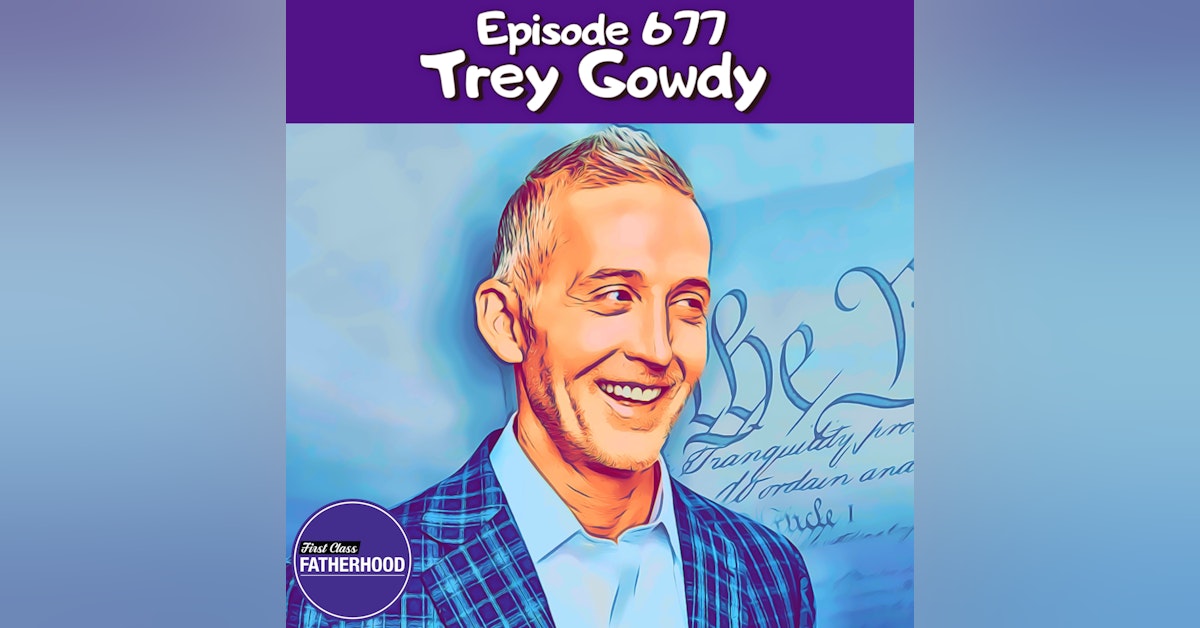 Episode 677 - Trey Gowdy is a First Class Father, Former Congressman, Former Federal Prosecutor and New York Times Bestselling Author.  He served as the U.S. representative for South Carolina's 4th congressional district from 2011 to 2019. Prior to being elected to Congress, Trey served as a federal prosecutor in the District of South Carolina from 1994 to 2000 and then as the district attorney for South Carolina's Seventh Judicial Circuit from 2000 to 2010.  He is the host of “Sunday Night in America with Trey Gowdy” as well as the host of his own podcast “The Trey Gowdy Podcast”.

He is the author of a new book, Start, Stay, or Leave: The Art of Decision Making.

In this Episode, Trey shares his Fatherhood journey which includes a son and daughter.  He discusses his new book, “Start, Stay, or Leave: The Art of Decision Making” and how it can be applied to marriage and parenting.  He describes the common denominator in criminals he prosecuted.  He talks about his discipline style as a Father and how it differed from the discipline he received growing up.  He offers some great advice for new or soon-to-be Dads and more!

Start, Stay, or Leave: The Art of Decision Making - https://a.co/d/4MbEg6U